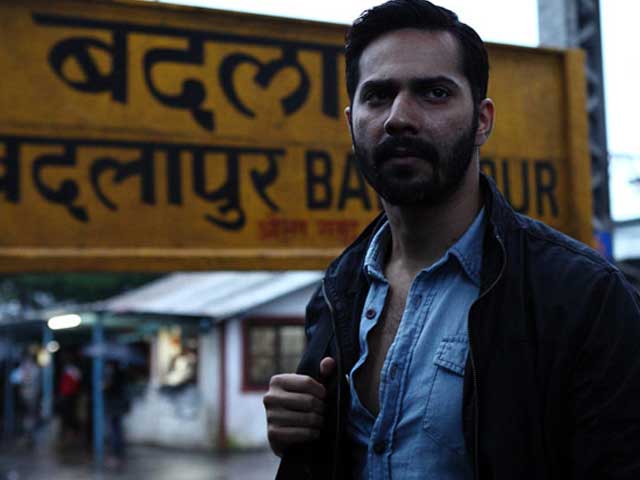 Varun Dhawan in a still from Sriram Raghavan's Badlapur

"It was a risk for Varun but not for me," said Sriram Raghavan

Varun Dhawan's morally ambiguous turn in Badlapur startled many but director Sriram Raghvan says he chose the actor for his enthusiasm and hunger as a performer.

"It was a risk for Varun but not for me. For me, he was just an enthusiastic and hungry actor. It was a bold script and I am sure a lot of people would have advised him against it. He has played a morally ambiguous character. Normally, mainstream actors shy away from complex roles but I am happy he took up the challenge," Raghvan told PTI in an interview.

Varun and Nawazuddin Siddiqui were pitted against each other in the twisted revenge saga that found acceptance from the audience despite an unusual ending.

"In a revenge story, you root for the hero to take revenge and that's what you wait for. Badlapur questions that. The design was such that the good guy starts to become a monster while the bad guy starts to get your empathy," he says.

Nawazuddin has been hailed for giving the movie some of its finest moments as Laik and Raghvan reveals that the actor was always the first choice for the part.

"He is fantastic in the movie. When I was writing the film, I was thinking about this character and Nawaz came to my mind. I called the character Nawaz while writing it. Having him in the mind helped me track the character. But he took it to another level with his performance."

Sriram, known for telling gritty and dark stories like Ek Hasina Thi and Johnny Gaddaar, says he wanted to do something bold after the failure of his last outing, Saif Ali Khan's Agent Vinod.

"I was disheartened when Agent Vinod did not do well. I was reading a lot of things on the Internet and came across this story. I wanted to do something that was real and had heart. I did not want to spend money or time on a wrong thing. It is a contained story, edgy and risky but not without appeal."

Shot on real locations, low budget and in a span of eight to nine months, Badlapur had scene-stealing turns by other cast members too be it the four heroines - Yami Gautam, Huma Qureshi, Radhika Apte and Divya Dutta - or Ashwini Kalsekar, Vinay Pathak and Kumud Mishra.

The movie's success has brought a lot of positivity in Sriram, who will next adapt Vikas Swaroop's third novel The Accidental Apprentice.

"Its success had a good effect on me in every sense. There was an honesty of approach, not only from me, but from the entire unit. It is a rare thing in movie world and you can't crack the formula always," he says.

There is a debate over the final moments of the film and Sriram says he left it like that intentionally.

"Will this man ever change? Will he be able to get out of that zombie like existence? I wanted to leave that question to the audience. I myself did not have a final answer. The end is like an interval as the thought 'what happens next' continues," he says.

Another question that often comes up is about his penchant for telling dark stories and Sriram says it is hard to come up with a good answer.

"Yes, a lot of people ask me that but I have no good answers. I try to make one each time and this time I would say that, probably, I was a criminal in my previous life."