Sayyeshaa 'Feels Surreal' to be Ajay Devgn's Heroine in Shivaay 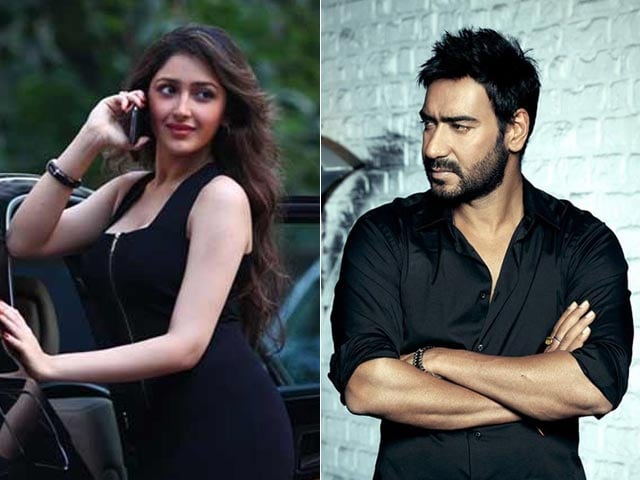 These images were shared by ShivaayTheFilm and AjayDevgn

"Given Ajay sir's years of experience, he exactly knows what he wants from his actors. I've always been fond of Ajay sir. It feels so surreal to be part of his dream project and to be playing his heroine. I play a very different character," said Sayyeshaa

Newcomer Sayyeshaa, who has just wrapped up shooting for the first schedule of Ajay Devgn's Shivaay, finds the Singham star's skills as a director very impressive. She calls him an actor's director.
"Given Ajay sir's years of experience, he exactly knows what he wants from his actors. He has a knack for extracting the best out of his actors and that's what makes him an actor's director. He's a very talented director," Sayyeshaa told IANS. (Also Read: Shivaay First Look: Ajay Devgn's Daring Act Will Make You Gape)
While it's not easy to act as well as direct, it's a cakewalk for Mr Devgn, according to Sayyeshaa.
"A lot of people find it difficult to act and direct at the same time. It must be very challenging. Ajay sir is comfortable switching hats; he makes everything look so easy. The minute we shoot a scene, he'd run and sit behind the monitor screen to check it," she said.
The young actress is in awe of the "multi-tasking skills" of Mr Devgn, whom she finds mostly "calm" and "patient" on the sets.
She also finds him to be an "organised" director.
"There's absolutely no room for confusion on the sets. Ajay sir is a very organised person and it reflects in his work. Everything is planned well in advance," she revealed.
Sayyeshaa considers herself lucky to be part of the project.
"I've always been fond of Ajay sir. It feels so surreal to be part of his dream project and to be playing his heroine. I play a very different character," she said.
The film is tipped to be an intense action-drama. Sayyeshaa had fun shooting for a chase sequence in the first schedule.
"It was the first time I saw an action sequence being shot. The experience was amazing and it even got better when we shot for a chase sequence which included running and jumping. I wish I get to do some action, too," she added.
For the next schedule, Sayyeshaa will soon leave for Bulgaria, where the team will shoot for nearly two months.
The young actress has two more Hindi projects in her kitty. She's also in talks for a Telugu project with a leading star.
"One of the Hindi projects is with T Series. I'm really excited about my Telugu project but it's too early to reveal any information," she said.