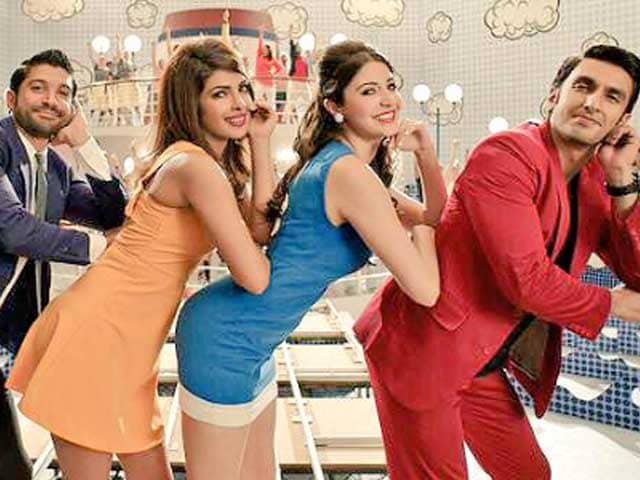 A still from Dil Dhadakne Do

In Dil Dhadakne Do, director Zoya Akhtar puts the dysfunctional Mehras onto a cruise ship so they can sort out their many issues untroubled by the daily rub of life. The Mehras appear to madden each other (privately at least) but this being Bollywood it's ultimately all about loving your family, in the words of Karan Johar.
Dil Dhadakne Do doesn't release till June 5 but meanwhile co-writer Reema Kagti has made a short film which features the cast with their families talking about each other.
Secrets are spilled. Priyanka Chopra's mother thinks she doesn't eat what she should be. Priyanka says her brother Siddharth is her mother's favourite and "we all know it."
Anushka Sharma's father sends her messages when he thinks she's spent too much. She's also the reason her brother 'doesn't meet girls.'
Ranveer Singh gets his 'ability to be a gregarious entertainer' from his father. His father thinks it's 'absolutely outlandish' that Ranveer just 'writes off his entire wardrobe.'
"Farhan (Akhtar) was just annoying," says sister Zoya.
Shefali Shah's kids 'drive (her) crazy sometimes.' Anil Kapoor and his children are 'friends' and they can 'make fun' of him and some of his films ("very Eighties!").
The six-and-half minute film, uploaded on YouTube on May 15, also features several other Mumbai families.
Watch: