Ileana D' Cruz's boyfriend Andrew Kneebone has often captured the actress at her best. In his latest, Ileana is seen in a bathtub, where she looks extremely sultry 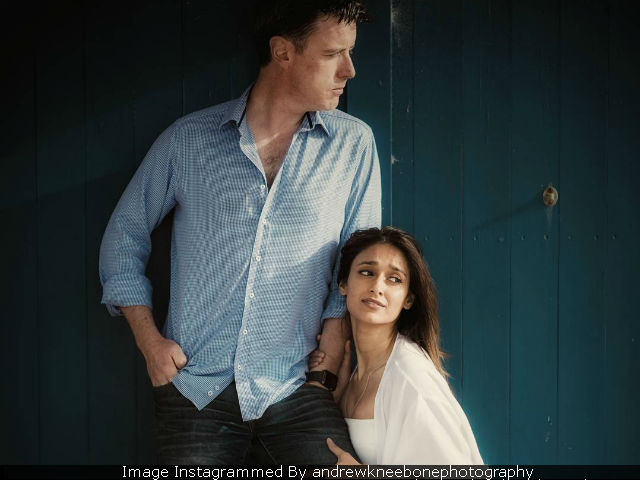 Ileana and Andrew have been dating for long (Courtesy: andrewkneebonephotography)

Actress Ileana D' Cruz is her photographer boyfriend Andrew Kneebone's favourite model. Every picture of Ileana is a visual treat for her fans. Time and again, we have seen Ileana in her best as captured through Andrew's lens. This time, the Rustom actress shared a picture of herself in a bathtub. We can't stop admiring the elegance of the picture. She looks extremely sultry. Ileana and Andrew have been in a relationship for quite some time. However, the 29-year-old actress prefers not to discuss her personal life. She told news agency IANS that she is not in favour of hiding facts about her personal life but she won't talk about it publicly either. Ileana debuted in Bollywood with Barfi, opposite Ranbir Kapoor and Priyanka Chopra.
See Ileana through Andrew Kneebone's lens:

Ileana and Andrew's vacation pictures from last year made to the headlines. The couple was on a beach vacation.
Check out the pictures of the 'beachbum':

When @andrewkneebonephotography takes sneaky photos of u when u're not looking.... #islandgirl #beachbum #paradise #ourprivateabode #sunkissed

The pictures will surely leave you wanting for more.
And, this beautiful video of the love birds just cannot be missed.

On dating the Australian photographer Andrew Kneebone, Ileana told IANS, "For now, I am not really keen on talking about it openly. It's out there. I am not going to hide it. I am not going to have the person to come in from a separate entrance. But I just don't want to talk about it."
Professionally, Ileana is currently shooting for Mubarakan opposite Arjun Kapoor. The Aneez Bazmee-directed film also features Anil Kapoor. She is also prepping for Ajay Devgn's action-thriller Baadshaho.