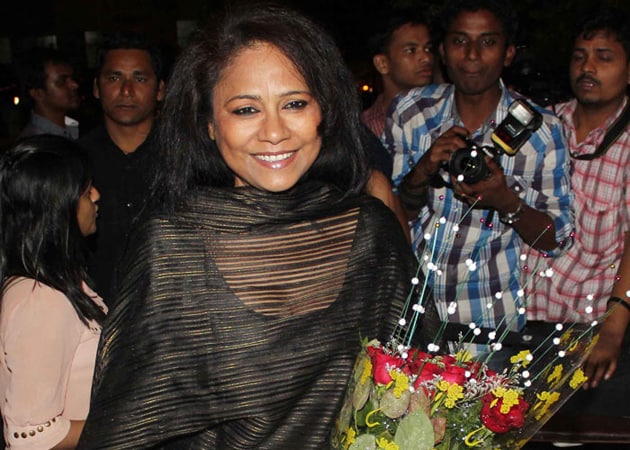 Seema Biswas won a National Award for her role in Bandit Queen.

Versatile actress Seema Biswas, known for delivering a power-packed performance in Bandit Queen, believes today's filmmakers lack the courage to make women-centric films.
"It is difficult to take risk these days. When I did Bandit Queen, people said it was ahead of its time. It was a strong subject on woman. But now it's sad that whether it is Jhansi Ki Rani or Maa Durga or something else, we don't have the courage to do women-oriented films. We are scared that people will not accept," Seema told IANS.
Seema, who won a National Film Award for her work in Bandit Queen, has also delivered memorable performances in films like Khamoshi and Company.
She says she keeps herself busy with theatre when she is not doing films.
"I am happy the way I am growing. When I feel like doing a film, I do it, or else I just don't want to do it, no matter whether its commercial, popular or whatever. I listen to my heart or else by doing theatre, I release my frustration," Seema told IANS.
"I am a hardcore and typical theatre person and I don't understand the market, career or glamour. My way of thinking is different," she added.