Settle dispute with writer: Court to producers of Bhoothnath Returns 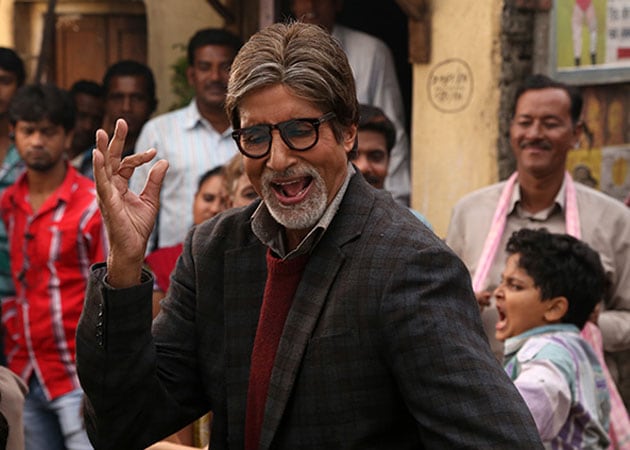 Amitabh Bachchan in a still from Bhoothnath Returns

The Delhi High Court today asked the producers and writers of Bhoothnath Returns, starring Amitabh Bachchan, to try to settle the dispute with a Hindi writer who is alleging the flick is based on his short story.

The Delhi High Court today asked the producers and writers of Bhoothnath Returns, starring Amitabh Bachchan, to try to settle the dispute with a Hindi writer who is alleging the flick is based on his short story.
"The petitioner is saying the heart of the movie, which is the trailer, is the complete adaptation of his literary work. Just have a meeting with him (writer) and see whether something can be done or not. Be truthful," a bench of Acting Chief Justice B D Ahmed and Justice Siddharth Mridul said. Senior advocate Pratibha Maninder Singh, appearing for Sushant Supriya, Hindi short story writer and poet, referred to nine expressions from the trailer of the movie, which is scheduled to hit theatres across the country on April 11 and said they have been copied from short story Bhootnath of the writer published in 2007 in Hindi magazine Aaj Kal.
"I am not seeking injunction against the release of the movie," the lawyer said.
"Then what do you want?," the bench asked. "I want the credit," the lawyer said and referred to the reviews of 2008 flick Bhoothnath, which also had Mr Bachchan in lead role, in support of her submission.
"It is notable even the first Bhoothnath film was a copy of the The Canterville Ghost, a short story by Oscar Wilde. "The defendants have never made an original film on the theme of a friendly ghost, and have not done so in the case of the infringing film as well," the petition said.
The lawyer said Bhoothnath Returns is not the sequel of earlier movie Bhoothnath.
"Unlike most sequels, the infringing film is based on an entirely new storyline from the first Bhoothnath film, and has no relationship with the first film, especially in terms of the supporting cast.
"Even the central character of the infringing film has no relationship with the central character of the first Bhoothnath film. This demonstrates that the infringing film has appropriated the Plaintiffs original literary work," the petition said.
The bench ordered the listing of the appeal for hearing tomorrow after the counsel for Sushant Supriya, Hindi short story writer and poet, said the film, scheduled to hit theatres across the country on April 11, is based on his work.
Bhoothnath Returns, directed by Nitesh Tiwari, is a horror-cum-comedy film and is a sequel to the 2008 flick Bhoothnath. The film has been produced by Bhushan Kumar, Krishan Kumar, Ravi Chopra and co-produced by Ajay Kapoor.
Besides Mr Bachchan, Boman Irani and Shahrukh Khan will be seen in supporting roles. Ranbir Kapoor also has a cameo in the film.