"It felt very weird. It shows how sexually obsessed a lot of people in our society are. You leak only the sex scene and no other beautiful scenes from the film," said Adil Hussain 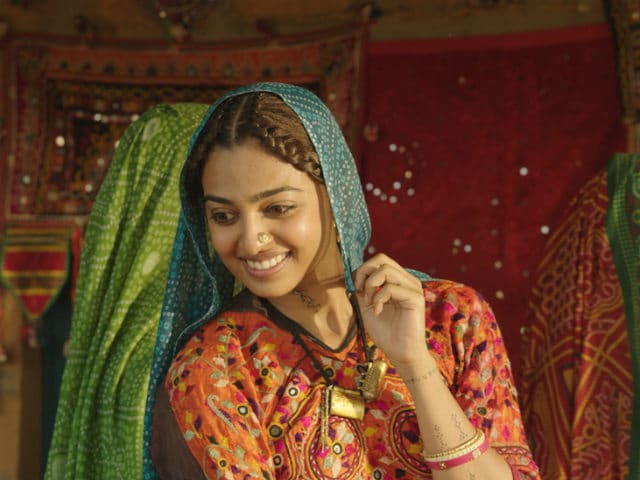 Radhika Apte in a still from Parched.

Last April, breathless headlines informed us that actress Radhika Apte had appeared semi-nude in a short film made by Anurag Kashyap and that the scene in question had been circulated on WhatsApp. Now, over a year later, a repeat flurry of news items tells us that scenes from another film starring the 30-year-old actress have been illegally released again. It seems that that brave new world she and other actors inhabit blooms but briefly.
Two lovemaking scenes from the film Parched, produced by Ajay Devgn, have reportedly shown up online. One features Ms Apte and actor Adil Hussain, the other features her and co-star Tannishtha Chatterjee. The makers of the film have reportedly complained to the cyber cell.
Some reports suggest that Team Parched has complained to the cyber cell but mid-day quotes co-producer Aseem Bajaj as saying, "The film is in public domain [Netflix] since it was released in France and a few other countries. We were contemplating legal action, but realised that we can't do anything about it because we don't know who to name in the complaint."
A report in Indian Express quotes Adil Hussain as saying, "It felt very weird. It shows how sexually obsessed a lot of people in our society are. You leak only the sex scene and no other beautiful scenes from the film. It only shows that we are extremely obsessed about sex and yet we don't want to talk about it. The most interesting aspect is that the leaked videos is titled as Radhika Apte sex scene and not as Adil Hussain sex scene. That's because a man doing it is just another matter whereas when a woman does it, it does matter."
"It must be an Indian man," said Mr Hussain.
This conviction was also Anurag Kashyap's last year, when a scene from his short film popped up online after it was delivered to New York for screening. "It has to be some Indian guy there, otherwise other material from other sources that is much more sexual is available to the West and something like this does not get them excited," Mr Kashyap told Times of India.
"She feels victimised and I feel responsible," said Mr Kashyap of Radhika Apte, who he described as 'forward thinking' and 'one of the bravest actresses we have.'
Ms Apte has starred in a series of films in the past year, from the viral short Ahalya and biopic Manjhi: The Mountain Man to the acclaimed horror film Phobia and Rajinikanth's latest blockbuster Kabali.