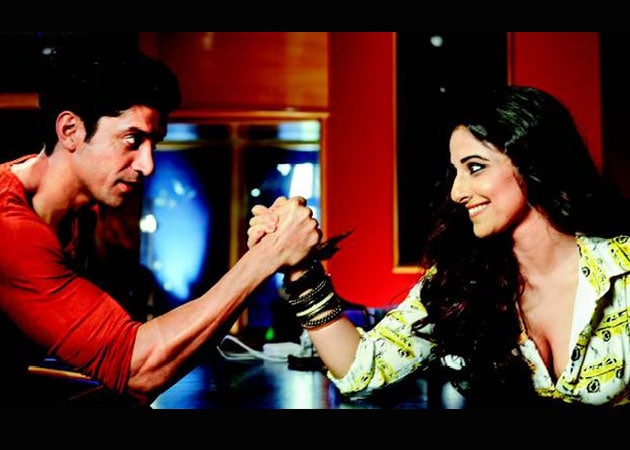 The film has grossed about Rs 23 crore over four days in India.

Farhan Akhtar and Vidya Balan-starrer Shaadi Ke Side Effects didn't create fireworks on the opening day but showed good growth over the weekend, say trade experts.
Co-produced by Balaji Motion Pictures and Pritish Nandy Communications, the film is about the relationship of a young and urban married couple. Made at a budget of about Rs.50 crore, it hit approximately 1,500 screens Feb 28.
Shaadi Ke Side Effects has collected about Rs.23 crore in India in four days. Expectations were higher due to the star cast. It didn't have a good opening but picked up on the weekend," Rajesh Thadani of Multimedia Combines told IANS.
Trade analyst Komal Nahta was disappointed with the film's story.
"Shaadi Ke Side Effects is funny upto a point but then it loses the plot completely," he tweeted.
Though the trade pundits aren't very thrilled, Farhan was content with the weekend box office collection and tweeted: "Weekend's side effects for our film Shaadi Ke Side Effects have been good. Thank you all for your love and please keep the feedback coming. Big hug."
Vir Das, who also features in the romantic comedy directed by Saket Chaudhary, is overjoyed with the film's response.
"Did Shaadi Ke Side Effects to goof around and have a laugh with fun folks. Never ever expected this explosion of kindness. Thank you so much," he posted on Twitter.