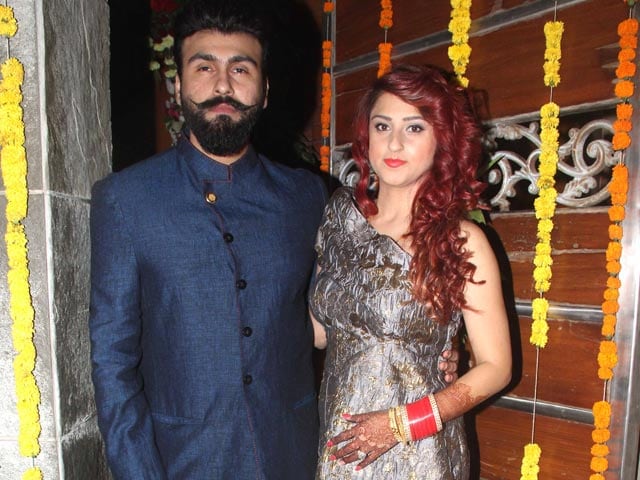 Arya and Jasmine photographed in Mumbai on February 22.

Actor Raj Babbar's son Aarya married his girlfriend Jasmine Puri at a gurudwara in Mumbai on February 22.
Aarya, 34, shared several images from his wedding on Twitter. Aarya looked handsome in a pink sherwani and a pagdi while Jasmine glittered in a pretty lehenga choli.

Aarya's friend from Bigg Boss 8 Karishma Tanna, who attended their wedding shared a picture on Instagram as the newly-weds posed for a picture with Karishma and her boyfriend actor Upen Patel:

Before his wedding, Aarya also took a selfie:

Last day of bachelorhood and I can't even recognise myself ! My family I say ! Love you all ! #weddingsoonpic.twitter.com/WQwzCdO1S8