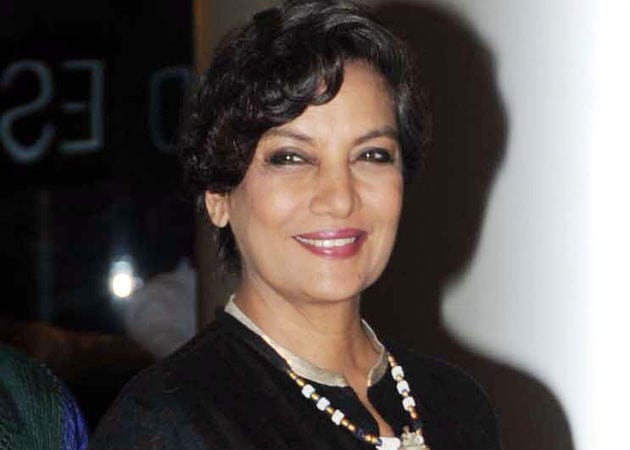 Veteran film star Shabana Azmi said on Saturday (December 7, 2013) her family and the way she was brought up influenced her selection of movies across all genres.

Veteran film star Shabana Azmi said on Saturday (December 7, 2013) her family and the way she was brought up influenced her selection of movies across all genres.
The five-time National Award winner was in the Kerala capital as the chief guest for the 18th International Film Festival of Kerala that got underway on Friday (December 6, 2013) night.
Addressing reporters here on Saturday, Azmi expressed happiness over the role of the film festival in bringing together great pieces of art from all over the world.
She said she was happy over the huge participation of the audience.
On a question about social responsibility of films, Azmi said she believed it depended mainly on the choice of the director.
"My family and the way in which I was bought up influenced my selection of movies across all genres," Azmi said.
Making a comparison of directors, Azmi said she has trust and faith on the upcoming directors as they were reflecting reality based on what they have seen and experienced in life in cities.
Masters like Satyajit Ray and Mrinal Sen portrayed rural life, as it was the reality they had seen in their life time, she said.
Asked if she is interested in acting in Malayalam films, Azmi said: "While acting, it is important for me to understand the meaning of the language."
She also said she wanted the government to play a bigger role in the making and distribution of good films.
While expressing happiness that many women were now part of film making, Azmi reserved her views on celebration of women's sexuality in movies.
"At present, film cameras are being used as an instrument of making women an object of sexuality," she said.
Asked if she was interested in turning director, the actress said it requires a significant amount of hard work.