Shah Rukh Had 'Too Much Fun' Filming With Alia Bhatt. Here's Proof 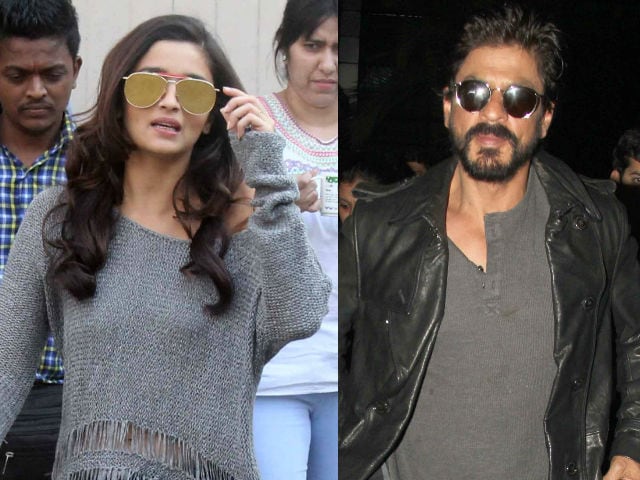 Shah Rukh Khan and Alia Bhatt wrapped up a schedule of director Gauri Shinde's upcoming film. They posted a picture and revealed in tweets that it was "too much fun." The untitled film is co-produced by Shah Rukh's Red Chillies Entertainment and Karan Johar's Dharma Productions

Actors Shah Rukh Khan and Alia Bhatt are busy working on English Vinglish director Gauri Shinde's upcoming film. Soon after wrapping up a schedule of the film, the trio created a mini-buzz on social media, with a picture and tweets.
Alia, 22, tweeted this picture and said that she will miss "hanging" King Khan:

Will miss "hanging" u @iamsrk !!! Until next time @gaurispic.twitter.com/lKQEujPy8M

@aliaa08@gauris too much fun with u girls. Have a great rest of shoot. Till the next schedule...

Alia and SRK started shooting for the untitled film in January. The film is co-produced by Shah Rukh's Red Chillies Entertainment and Karan Johar's Dharma Productions. (Also Read - Shah Rukh Khan on May-December Romance With Alia: Much Younger Than Her)
Alia, last seen in Shaandaar, is awaiting the release of Kapoor and Sons co-starring Sidharth Malhotra and Fawad Khan. Shah Rukh has Raaes with Mahira Khan and Fan with Waluscha De Sousa up his sleeve.