Shah Rukh Khan: Acting is the most difficult thing to do even after 20 years 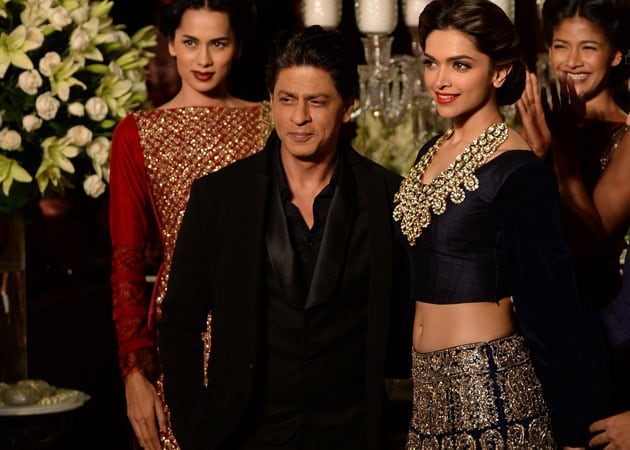 Superstar Shah Rukh Khan feels that the kind of roles he portrays onscreen, be it an action hero or a hopeless romantic, needs a strong conviction to impress his fans.

Superstar Shah Rukh Khan feels that the kind of roles he portrays onscreen, be it an action hero or a hopeless romantic, needs a strong conviction to impress his fans.
The 47-year-old actor has completed two decades in Bollywood and given blockbusters like Darr, Baazigar, Dilwale Dulhaniya Le Jayenge, Kuch Kuch Hota Hai and Jab Tak Hai Jaan among others.
"I think I am only an actor. I make my job look very easy. But let me tell you it is the most difficult thing to do even after 20 years. I stand in a scene and make it look simple. But sometimes, it takes nine takes to make that happen. Romance and real emotions are easy but unreal emotions are difficult," said Shah Rukh at a promotional event for his upcoming film Chennai Express".
The action-comedy, directed by Rohit Shetty, will see the actor opposite his Om Shanti Om co-star Deepika Padukone.
The film will mark the first collaboration between SRK and Shetty.
"I like Rohit's sense of humour. I like his film Golmaal, All the Best. His sense of humour is madcap and crazy. After Jab Tak Hai Jaan last year, I wanted to do a comedy. Rohit first approached me with the script of Angoor remake.
"My mother and I loved the cult comedy. When he was leaving after the meeting, he said that he had one more script (Chennai Express) which he wrote for some other actor. But after hearing it, I found the script interesting and ended up doing it," he said.
The film will hit theatres on August 9.
Chennai Express also has a promotional song, dedicated to Tamil superstar Rajinikanth, sung by rapper Honey Singh.
The actors shot the song on the last day of their shoot. "The Lungi Dance song came much later. Honey is a sweet guy from Delhi. I didn't know him before and had not heard his music. We shot the song on the last day of our shot. It took 18 hours to shoot that three minute video. But I am very happy and it has helped the film. I spoke to Rajini sir's daughter. She is very happy with the song and so I am," he said.
However, Shah Rukh, who is known as the King of Romance in Bollywood, said he does not like love stories and rather likes to watch action films.
"I don't like love stories. I can do love stories but I can't watch them. I can watch action and comedy. Similarly, I don't think I am the best lover in the world. But I do have a loving nature that extend to my films also," he said.
Asked what he would like to do next, the Ra.One star said, "Now, I want to do a really bad character. But I will not get it. I am beginning Happy New Year with Farah Khan by next month and I will wait till December but when I won't find the negative character, I will find something else," he said.