Shah Rukh Khan's Raees released on January 25. He, along with Sunny Leone promoted the film on Salman Khan's Bigg Boss 10 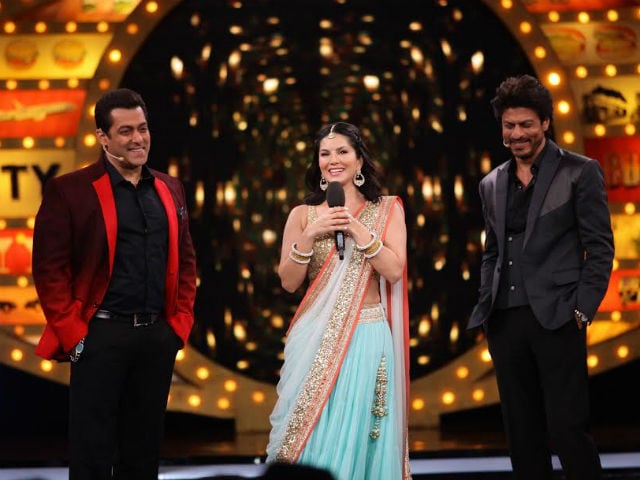 Actress Sunny Leone, who features in Raees's special song Laila O Laila, which is a reprised version of Zeenat Aman's disco number from 1980 film Qurbani, said that Shah Rukh Khan and Salman Khan share a great bonding. Last weekend, Sunny promoted Raees along with Shah Rukh Khan on Salman Khan' show Bigg Boss 10. In an interview to news agency PTI, the 35-year-old actress said, "They look like they are friends. Like they have known each other for so many years, which I believe they have. They both looked like they were having a great time. I was just like, 'which one do I look (at)?" The dance number is Sunny's only appearance in Raees. 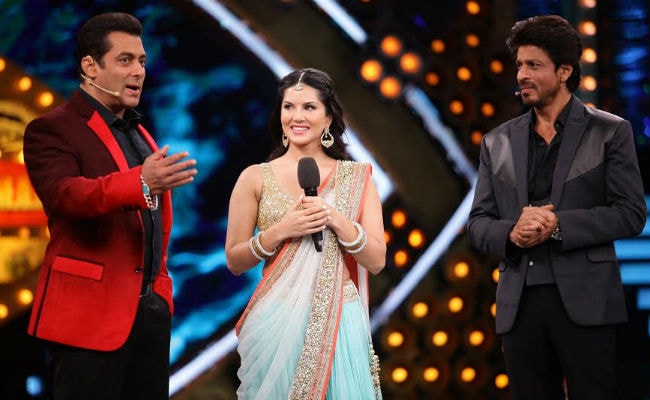 The actress danced to Laila Main Laila on Bigg Boss and the trio also enacted a scene from Deewar. She further told PTI, "I wanted to freeze time. There was Mr Khan and Mr Khan on either side of me. I thought it was amazing. I want to cherish those moments."
Sunny was also on board the August Kranti Express along with Shah Rukh and Team Raees for the promotions in Delhi, SRK's hometown.

The Ek Paheli Leela actress, who is a former contestant of Bigg Boss said that Salman has played a great role in her career. Sunny told PTI, "If it wasn't Salman or Bigg Boss, I don't think I would be here"
Shah Rukh Khan's Raees hit the screens on January 25. SRK plays a boot-legger Raees Alam. Pakistani actress Mahira Khan has made her Bollywood debut with Raees. The film also stars Nawazuddin Siddiqui as an IPS officer. NDTV's Saibal Chatterjee writes, "Raees is a gangster saga with a contemporary spin. The film captures the period and spatial details with diligence and dexterity. SRK is on top of his game in Raees, recalling his Chak De! India performance in the process."
Raees is directed by Rahul Dholakia and co-produced by Red Chillies Entertainment and Excel Entertainment. It clashed at the box office with Hrithik Roshan's Kaabil.
(With PTI inputs)