Shah Rukh Khan as a Person, as Explained by a Fan

"I know a person who happens to be a friend of director Anurag Basu. That's how Anurag sir asked me to audition for the film. He liked my performance and chose me. I am playing a 14-year-old in the film," said Sayani 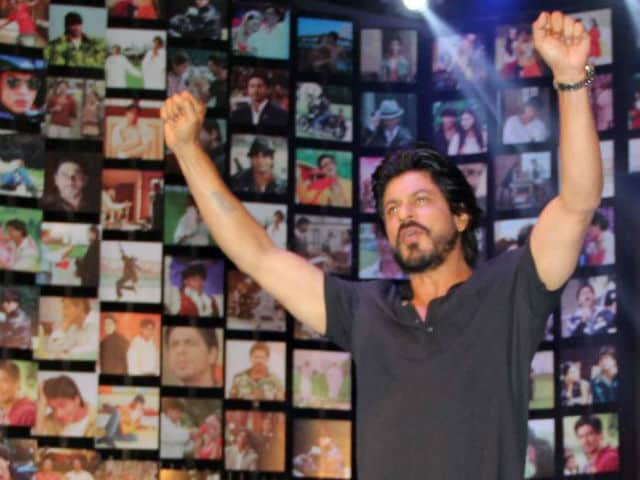 Margarita, With a Straw actress Sayani Gupta said that a fair share of luck got her, her next big release, Shah Rukh Khan's Fan.
"The team was trying to get in touch with me on my old number. Then, they finally wrote to me on Facebook," Sayani told PTI.
"When I auditioned for Fan, I was not aware of it that it will have Shah Rukh Khan in it. After auditioning for two months, I got a call from Shanoo Sharma (of YRF) that I have been selected. That's when they told me about the film and SRK playing the lead. It just hit me," added Sayani.
Apart from Fan, Sayani will also star in - Ranbir Kapoor and Katrina Kaif's Jagga Jasoos and Sidharth Malhotra and Katrina's Baar Baar Dekho. (Also Read: Kalki Koechlin is a 'Massive Support System' For Sayani Gupta)
"It's like a dream that I am living. I feel fortunate, blessed and lucky to have been a part of these three big films. My role in all these films are interesting," she said.
"I am happy to be working with talented directors and actors. I have really worked hard to reach here and get interesting work. I used to give over eight-nine auditions in a day," she said.
Sayani was amazed by Shah Rukh's generosity.
"He is a simple and sweet man. He doesn't make you feel that he is a star. He is humble, gracious and a warm person. It was fun working with him. After the first day of shoot, he hugged me and said, 'Baby, you are talented. You have a long way to go.' I did not expect a comment like this from a superstar like him," said Sayani.
Sayani revealed that she is playing a teenager in Jagga Jassos, which is expected to release this year in August.
"I know a person who happens to be a friend of director Anurag Basu. That's how Anurag sir asked me to audition for the film. He liked my performance and chose me. I am playing a 14-year-old in the film," said Sayani.
Sayani also said that her role in Baar Baar Dekho is 'interesting.'
Baar Baar Dekho will release in September this year.