Nawazuddin said: "People may think of him as the richest actor or that he's a superstar but what I found in him is that he is an actor above all" 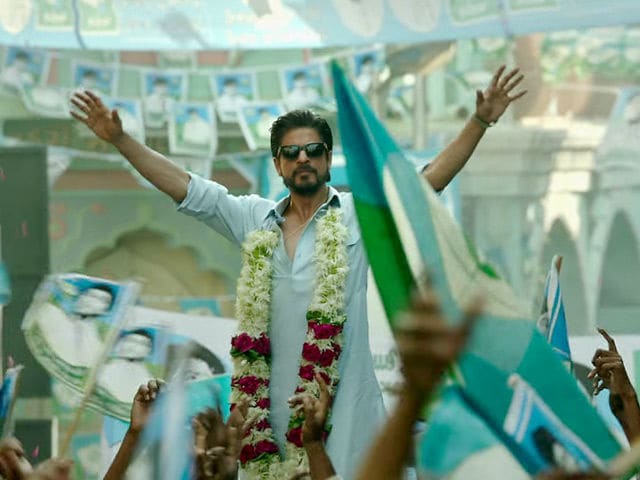 Shah Rukh Khan's Raees co-star Nawazuddin Siddiqui is all praises for the 51-year-old superstar. Nawazuddin has also worked with superstars like Amitabh Bachchan, Salman Khan and Aamir Khan in Te3n, Bajrangi Bhaijaan and Talaash respectively. But, the Kick actor told news agency PTI that he has never worked with a co-actor like Shah Rukh Khan. Nawazuddin said that Shah Rukh is one of the most supportive members on the sets and he takes his co-stars' performance to another level. Raees, directed by Rahul Dholakia, also stars Pakistani actress Mahira Khan and is slated to release on January 25, next year.
"I've never seen a co-actor like Shah Rukh in my life. People may think of him as the richest actor or that he's a superstar but what I found in him is that he is an actor above all. He's extremely supportive. The way he responds to you and your performance, it takes your performance to some another level," Nawazuddin told PTI.
"I have yet to finish my scenes in Raees. In fact, I was shooting just two days back and the way he helped and responded to those scenes was amazing. When you work with him it doesn't feel like that he has this huge stardom. On sets he's an actor," he added.
Shah Rukh plays a bootlegger Raees Alam who has irked ACP Majmudar (Nawazuddin Siddiqui) witl his lawlessness. Raees in turn is upset with Majumdar's interference and uses his contacts to get hi transferred but it's too late and the Majumdar decides to put an end to Raees' reign. Their conflicts form the film's plot.
Watch the trailer of Raees:

Of his role, Nawazuddin says: "I've played inspector in Kahaani but it was very different. He was very short-tempered, whereas in Raees my character is very cool, sensible and very professional."
Raees is releasing alongside Hrithik Roshan and Yami Gautam's Kaabil, produced by Rakesh Roshan.
(With PTI inputs)