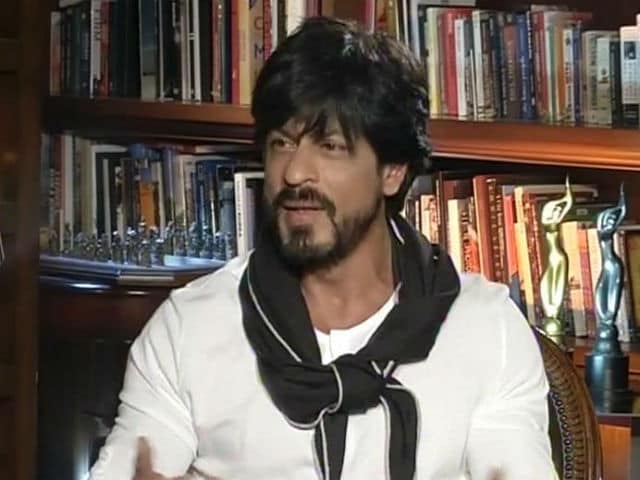 Shah Rukh Khan told NDTV, "I wish I didn't have the injuries that slow me down but at 50, I wouldn't change much else. I can make fun of myself, not the art. I love the films I've done." He added, "Before I became a fan, I became a star. So I've never really been a fan of anyone and so making the film Fan hollowed me out"

Actor Shah Rukh Khan, celebrating his 50th birthday, spoke to Barkha Dutt about his big day, religion and, of course, romance.
Here are the highlights of the interview:
1. I wish I didn't have the injuries that slow me down but at 50, I wouldn't change much else
2. I can make fun of myself, not the art. I love the films I've done
3. I've decided I will only do films for myself
4. Before I became a fan, I became a star. So I've never really been a fan of anyone and so making the film Fan hollowed me out
5. It's very odd that I'm trying to play me for someone who thinks of me differently
6. In the West, opinions are respected. In our country, I think opinion is taken with a little more aggression if it doesn't agree with yours
7. I don't speak my mind often enough because I worry my film get into trouble
8. Whoever takes a stand against creative people will face a huge backlash
9. Religion cannot be defined by our meat-eating habits
10. In my house, everyone is free to follow their religion. My kids were confused about whether they were Muslim or Hindu, I said 'why not Christian?'
11. Religious intolerance, or intolerance of any kind, is the worst thing and will take us to the dark ages. Indians lose face over the questions that are asked
12. If you are a patriot, you must love your country as a whole, not parts of it as religions and regions
13. Anupam Kher should be able to give his opinion about another director and be able to have a discussion about it. That's tolerance
14. I think it's very brave of those returning their awards. I am on their side. If they tell me to join them on a march or a press conference, I would
15. Personally, it's too much of symbolism to return my awards. Just returning something, I am not a believer in that
16. I think the FTII students are completely on the right side. Some words or actions may sound wrong, that's natural when you are on a strike or a fast and passions run high. But I think the students are right
17. I have a weapon on my side. I think I am extremely lived by people. If someone takes a stand against me, I have enough people to love me back
18. I am not scared, just selfish sometimes. I don't want a nuisance, I am scared of a nuisance. I work 18 hours a day and I need to be left alone to do my job
19. It is very degrading and humiliating to have to prove my patriotism
20. I am an Indian-born movie star. I am an Indian-born Indian. I am Indian - how does that get questioned?
21. Nobody has more right to live in this country than me, and I am not going to leave. So shut up
22. Somewhere the decision to send the children abroad to study is so they wouldn't have to deal with the security and my stardom
23. The fact that we need to keep on talking about the three Khans to prove how secular India is means that India is not. We don't need 'Khans shining' to prove that India is shining 24. If we start curbing creativity, we will be making more unsecular people
25. At 50, I can still do the dance and the hands and the cartwheel and I can still dignify a lady so much that she will fall in love with me. I think that is what romance is
Watch: