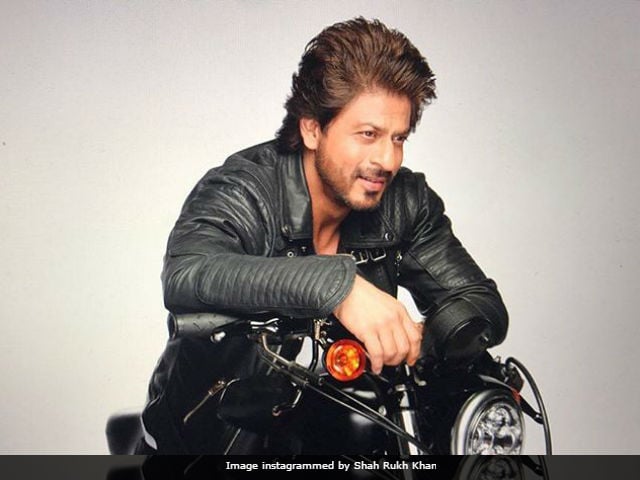 Shah Rukh Khan began shooting for filmmaker Aanand L Rai's upcoming film on Tuesday in Mumbai, reports mid-day. SRK, 51, is playing a dwarf in the untitled film. mid-day reports that makers have recreated some popular locations of Meerut including in Mumbai's Film City for the shooting. Initially, Aanand L Rai had planned to start shooting of the film in Meerut. "Aanand L Rai may shoot some portions of the film in Meerut but the entire first schedule will be in Film City. SRK is playing a dwarf which would make shooting on real locations difficult," mid-day quoted a source as saying. Katrina Kaif, who featured opposite Shah Rukh Khan in Jab Tak Hai Jaan, is one of the female leads while mid-day reports that the second heroine has not been finalised as of yet.
Meanwhile, SRK is also shooting for Imtiaz Ali's next with Anushka Sharma. Last month, the actors shot the untitled film in Punjab. "We still haven't locked any title for the film and not even decided promotional campaign for the film. We just have the clear idea about release date of the film," Imtiaz Ali earlier told news agency IANS. The film was earlier tentatively titled - The Ring or Rehnuma. Shah Rukh and Anushka are co-stars of films like Rab Ne Bana Di Jodi and Jab Tak Hai Jaan. The film will release on August 11.
During Raees's (SRK's last release) success party, the actor's collaboration with Mr Rai was revealed.


The Dwarf & his Director! @iamsrk@aanandlrai#RaeesSuccessPartypic.twitter.com/h0K2XbwIow