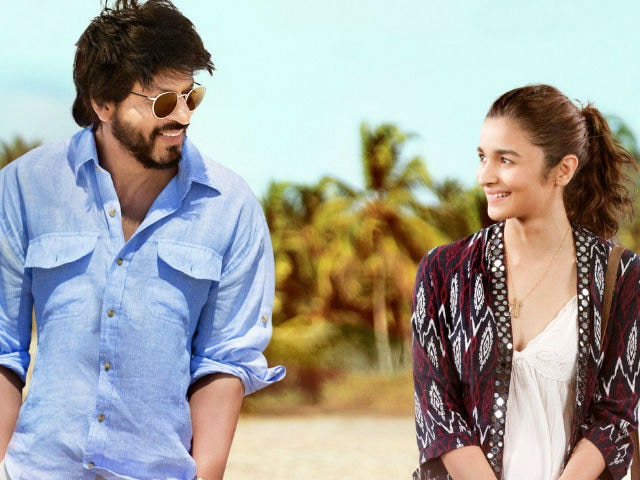 Superstar Shah Rukh Khan, who is currently enjoying Raees's box office success said that he didn't understand the subject of his 2016 film Dear Zindagi. Directed by Gauri Shinde, Dear Zindagi dealt on the subject of mental health. The film also features Alia Bhatt. SRK told news agency IANS that he is happy to get associated with such issues even though he doesn't completely understand the beauty of such projects. The 51-year-old actor featured as Dr Jehangir, a psychologist. Shah Rukh told IANS, "To be honest, I understand the essence, I understand the empowerment of women, I understand the issues about young girl. For instance, I didn't understand 'Dear Zindagi'. But they (makers) knew it. This is very essential."
Shah Rukh Khan's Raees has made over Rs 100 crore at the box office. The actor stars as a boot-legger in Raees, co-starring Pakistani actress Mahira Khan and Nawazuddin Siddiqui. The film is directed by Rahul Dholakia and released on January 25.
The Raees star, who has worked in different genre film is better known as a romantic hero. He told IANS, "I may not be able to convince you with my love story at my age and stage, but I come from a different world. I work with new directors but I don't understand the beauty of it."
Putting emphasis on changing times, SRK said told IANS, "If I was to look back at Dilwale Dulhania Le Jayenge or Kuch Kuch Hota Hai in today's time, then you guys might just be picking out the rightness in everything... People might say 'He is just a sneaky guy. He just lied to all the family. Will you marry a lair like Raj?'"
After Raees, Shah Rukh Khan will next be seen in Imtiaz Ali's next project with Anushka Sharma.
(With IANS inputs)