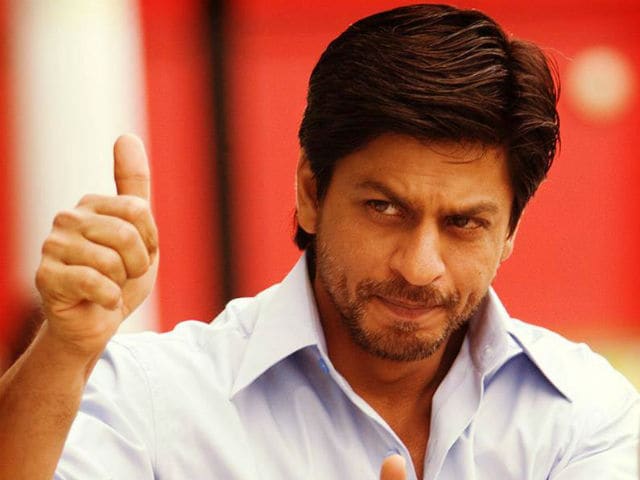 Shah Rukh Khan will be seen next in Raees (Image courtesy: ChakDeIndia)

Superstar Shah Rukh Khan, who recently launched the Indian Academy Awards (IMA) in Mumbai, said that he loves awards and considers them to be collective applause for his work. The 51-year-old actor shares the record for most Filmfare Best Actor wins with Dilip Kumar. He is to receive the Yash Chopra Memorial Award, an award instituted in the memory of the late director and producer, many of whose films SRK starred in. However, Shah Rukh Khan's collection of trophies is missing one crucial honour - he's never won the National Award and, he says, it's because he hasn't deserved to. Shah Rukh Khan's critically acclaimed performances include his roles in Chak De! India and Swades but, at the launch event, he said his work so far hasn't been National Award-worthy. "If I didn't get it, I didn't deserve it. I don't think any of my performances so far deserve a National Award," SRK said, reports news agency IANS.
On a lighter note, asked if he would retire after winning a National Award, Shah Rukh Khan quipped, "I think that's why I haven't received any yet."
SRK has 15 Filmfare Awards to his credit, eight of them for Best Actor. He also has an eye-watering array of trophies from several other film awards. "After working for some time in the industry, we all reach a point from where we need some kind of applause and recognition. My awards are the collective applause for the work that I have done that year or on a film," Shah Rukh Khan said to news agency IANS.

Shah Rukh Khan made his Bollywood debut in the year 1992 with Deewana and is now one of Bollywood's busiest actors. Just this year, he appeared in Fan and Dear Zindagi and will be starring in next month's Raees. "I love being a movie star and I love awards. I do not perform keeping any award in mind, it happens," the actor told IANS.
The Indian Academy Awards will be held in California to celebrate the cinema of three major film industries - Bollywood, Tollywood and Hollywood. SRK asked people not to compare it to the Oscars and said, "Bollywood films are hugely respected by American artistes. Creating this kind of platform will help us to not only promote our Indian films of different industries, but also create awareness of our work."
Shah Rukh Khan's next film, Rahul Dholakia's Raees, co-stars Pakistani actress Mahira Khan and Nawazuddin Siddiqui. The film is set in Gujarat and Shah Rukh plays Raees Alam, a liquor baron. Yesterday, the song Laila Main Laila, featuring Sunny Leone, was released.Raees will release on January 25 alongside Hrithik Roshan's Kaabil.
After Raees, Shah Rukh Khan will be seen in Imtiaz Ali's untitled film opposite Anushka Sharma, his co-star from the films Rab Ne Bana Di Jodi and later in Jab Tak Hai Jaan.
(With inputs from IANS)