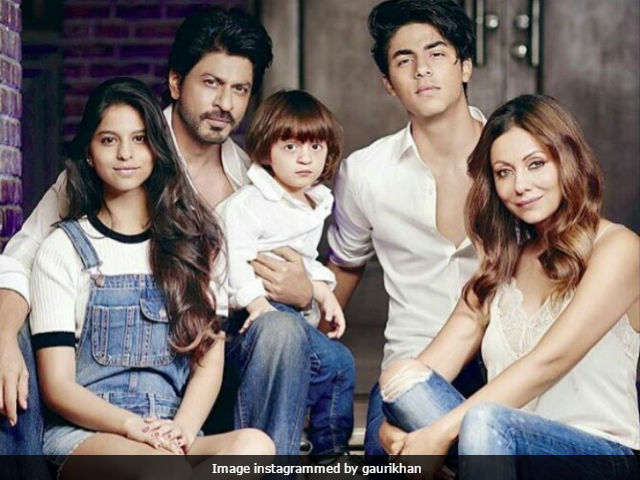 Shah Rukh Khan's latest film Raees has managed crossed Rs 100 crore benchmark in seven days at the box office and the actor is riding high on the success. The 51-year-old actor, who has been wooing the audience with his brilliant performance in the film, has now been featured on the February issue of SHE Canada with his entire family. The magazine has beautifully captured the Khan family in one frame and the picture is going viral on the internet. The classy picture of the Khan family has the men suited up in black, Gauri Khan in a black dress while daughter Suhana opted for a white dress. The photoshoot focuses on Gauri Khan, and captioned her as "the first lady of Bollywood."
Take a look at the perfect Khaandan portrait:

SHE Canada interviewed Gauri Khan, who is one of the most celebrated interior designers amongst Bollywood celebrities. She has designed homes of several celebrities, earliest being for her good friend Karan Johar. She recently decorated Ranbir Kapoor's new house in Bandra's Pali Hills and shared pictures of herself with the actor in his new residence.
Last year, celebrity photographer Avinash Gowariker had done a photoshoot with Shah Rukh and family. The photographer had said the shoot was for Gauri as she had been roped in by the Ace Tech to design signature flats for their luxury projects over the next few years.
Shah Rukh Khan will be next seen in Imtiaz Ali-directed Rehnuman with Anushka Sharma. He will then start working with Aanand L Rai in a film in which he plays a dwarf. Shah Rukh also has a cameo in his friend Salman Khan's upcoming film Tubelight.