Shah Rukh Khan said if Bollywood doesn't hone up on script writing, screenplay, marketing, professionalism and technology, the industry will be taken over by Hollywood 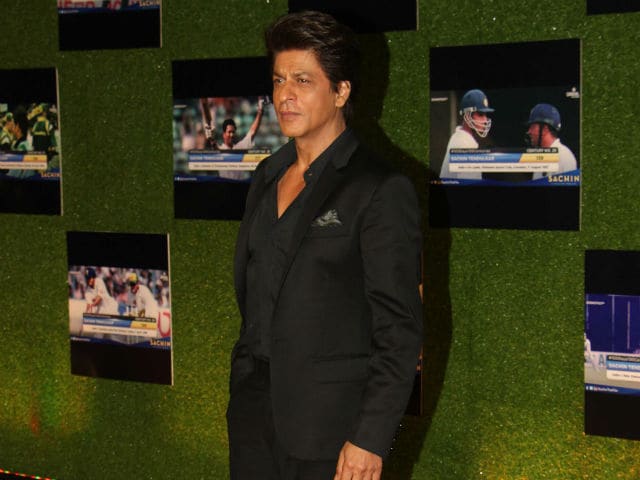 Shah Rukh Khan photographed at an event in Mumbai

On Wednesday, Shah Rukh Khan joined Brad Pitt to promote the Hollywood star's upcoming film War Machine on Netflix in Mumbai. At the event, SRK, who has been a part of the industry for more than 25 years, said that there is a "fear of Hollywood taking over Bollywood," reports news agency IANS. "If we don't hone up few areas especially script writing, screenplay, marketing, professionalism and technology, we will be taken over by Hollywood," he said. SRK, the star of blockbuster films like Dilwale Dulhania Le Jayenge, Veer-Zaara and Kabhi Khushi Kabhie Gham, also explained that the success of international films in the domestic market indicates a shift in trend.
"Indian film industry has to change. We have a college to learn from. They (Hollywood) have done it all we just have to adapt. There are films like Spider Man and Fast and the Furious which did as well as any other action Hindi films. Language is no longer a barrier as the films are getting dubbed too."
Meanwhile, at the event, SRK explained to Brad Pitt the importance of dance and songs in Hindi films. "I wouldn't make it in Bollywood, I can't dance," Brad Pitt told Shah Rukh Khan. Later, Brad attended the screening of War Machine at a theatre in Mumbai. In War Machine, Brad Pitt plays the role of US General Glen McMahon, who leads his army towards victory in a war in Afghanistan.
"The language is becoming less and less of a barrier. There are more digital platforms and easy accessibility to content from all around the world. Hollywood has done, and we need to learn from them and adapt. There is big fear (of Hollywood taking over Bollywood)," said SRK.
Last seen in Raees, Shah Rukh Khan will star in two films this year.
(With IANS inputs)