Unlike SRK, Amitabh Bachchan says he's foxed by the craze 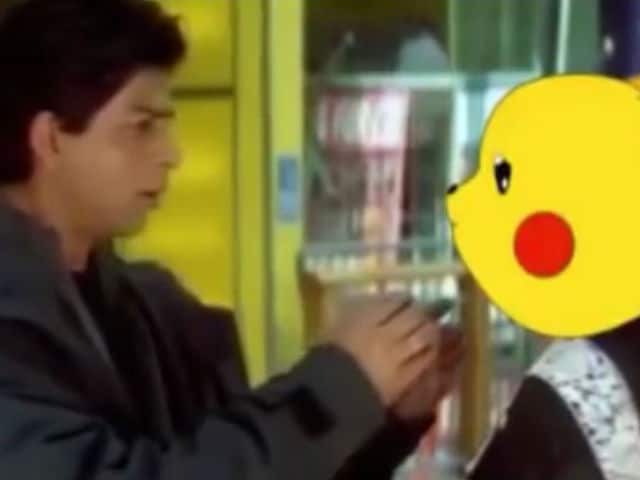 A still from the video.

The world is losing direction (literally) thanks to latest gaming sensation Pokemon Go. And here's a Pokemon Go fan who found a meme that describes how it feels to capture a popular one, a la Bollywood style.
This has been circulating for a while:

Shah Rukh Khan just stumbled upon it and says it fits:

Across Twitter, another social media-savvy star was also posting about Pokemon Go. Unlike SRK, Amitabh Bachchan says he's foxed by the craze.

Meanwhile, Justin Bieber recently enjoyed a rare moment of anonymity as he raced around New York with a Pokemon-crazed horde. So intent were they in the pursuit of the valuable Gyrados that the mob entirely failed to recognize a famous pop star running in their midst.


This is amazing @johnny lol. @justinbieber and @alfredoflores in nyc looking for Pokemon and no one looks at who is next to them.

Meanwhile, following the sensational success of the game, film studio Legendary Pictures is planning to make a live-action Pokemon movie and is close to landing the rights.
Back to Bollywood. Shah Rukh Khan, 50, will be next seen in Rahul Dholakia's Raees and recently shared the first look of Dear Zindagi, which co-stars Alia Bhatt. The Gauri Shinde-directed film will hit the screens on November 25 next year.