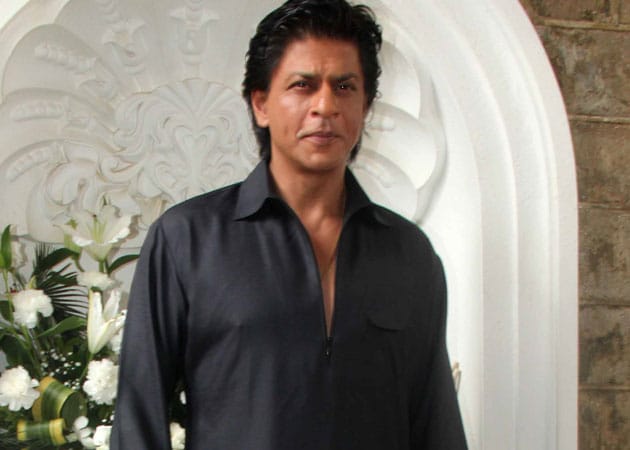 There is truly no stopping the Express or King Khan for the matter as Chennai Express speeds its way towards the fastest 100 crore.

There is truly no stopping the Express or King Khan for the matter as Chennai Express speeds its way towards the fastest 100 crore. The film chugged around to collect Rs 100.42 crore in three days making it the first ever film to do so and has had the biggest weekend collection ever.
In New Delhi to fulfill his duties as a brand ambassador, the actor said, "100 crore is just a number but what has really made me happy is that families have enjoyed the film and are watching it. I so want to experience the same - visit theatres, sit with them and enjoy the movie. But I have been unable to do so and will try catching the film. I am grateful and blessed that the movie is being received well."
Though the film released to mixed reviews, Chennai Express is on a quest to smash records and the cash registers haven't stopped ringing since it's release. It has not only amassed the highest collection in paid previews but has had the biggest opening ever on a Friday.
If that's not all, there was no stopping the crowds thronging theatres on day 2 and day 3 as the collections have surpassed that of King Khan's Ra.One and Deepika Padukone's recent blockbuster Yeh Jawaani Hai Deewani.
Talking in terms of numbers, In India itself, Chennai Express earned Rs 6.75 crore in paid previews. Collections on opening day was Rs 33. 12 crore and the movie earned Rs 28.05 crore and Rs 32. 5o crores respectively on Saturday and Sunday. The net total as on Monday was Rs 100.42 crore.
So what next after Chennai Express Shah Rukh Khan said he wanted to undergo an eye surgery to get rid of his glasses and, unlike his co-star Deepika, who is away in Milan shooting for an ad film and would hopefully get two days off, the busy actor has no vacation plans, as he soon starts work on the pre-production of Farah Khan's film Happy New Year.
It is indeed happy days for the Khan who never sleeps.