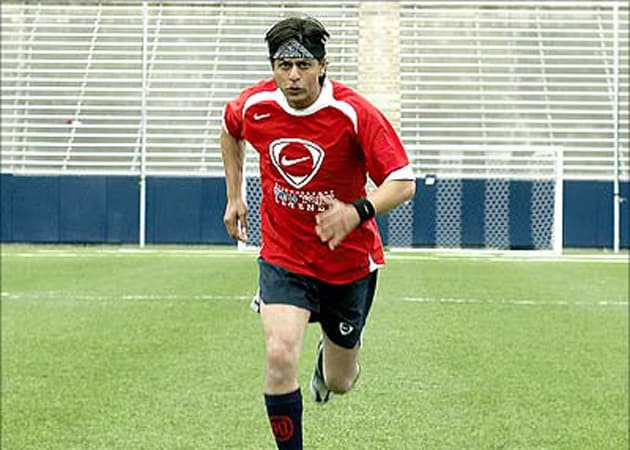 The FIFA World Cup is upon us and at least one famous fan is beside himself with excitement. (Also Read: SRK will appear on Anupam Kher's show)
Shah Rukh Khan, celebrity sports lover, tweeted:

And on the most exciting note....I am completely over the moon with FIFA starting. TV glue ready!!! pic.twitter.com/GE3nDAMbp4

SRK has played football on screen in films like Dilwale Dulhaniya Le Jayenge and in Kabhi Alvida Na Kehna, in which his character Dev was a football star forced to retire from playing after an accident. SRK has also played a hockey coach in Chak De! India. He played cricket and football, among other sports in school, and now co-owns the IPL team Kolkata Knight Riders. (Also Read: Shah Rukh turns to Buddha after IPL)
The World Cup begins later tonight and while we don't know who SRK's rooting for we can tell you that other Bollywood celebs are fans of Argentina's Lionel Messi and Portugal's Cristiano Ronaldo. (Also Read: