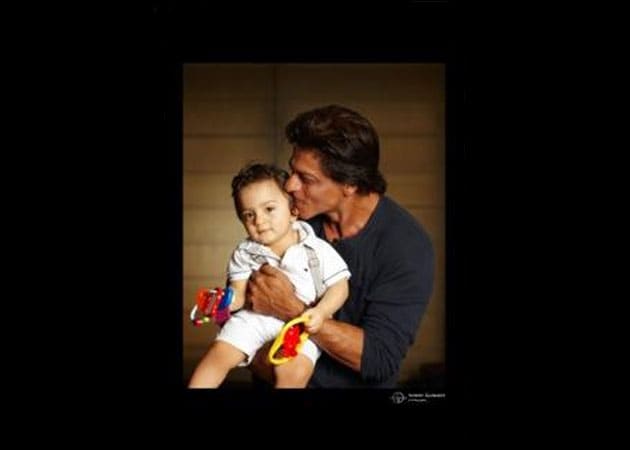 Actor Shah Ruh Khan revealed the first picture of his one-year-old son AbRam as he wished his fans Eid Mubarak on Twitter and Facebook yesterday.

In the picture, Shah Rukh has AbRam in his lap and while doting daddy gives his third-born a cuddle, AbRam stares solemnly into the camera.

Eid Al Adha Mubarak to everyone. May all have the happiness that life has to offer.The littlest one wishes you too. pic.twitter.com/GzaumkwSE3

AbRam was born on May 27, 2013 but no image of him has ever been released to the media. The paparazzi have also failed to photograph him the few times he has ventured out of Mannat in the past year.

A while ago, Shah Rukh promised fans a picture of his littlest bundle of joy and here it is, as an Eidi.

Shah Rukh and Gauri Khan are also parents to Aryan, 17, and Suhana, 14.