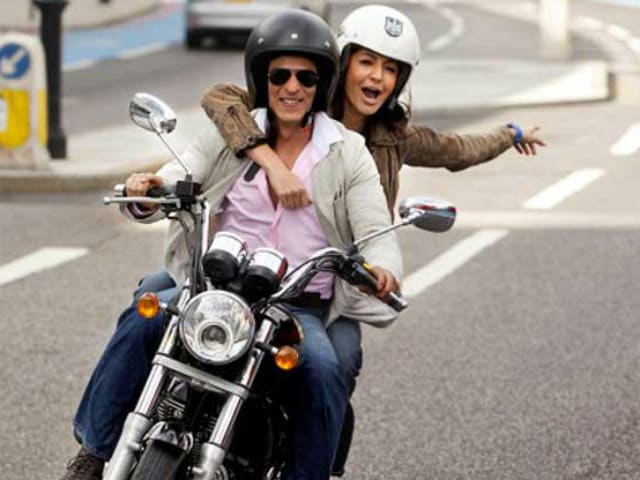 Actress Anushka Sharma says while her comfort level with superstar Shah Rukh Khan has grown after working with him in three films, theirs is not a "buddy type" relationship as she has way too much respect for him.
It was Aditya Chopra who got Anushka and SRK together for the first time in Rab Ne Bana Di Jodi. The two were next seen in late filmmaker Yash Chopra's last film Jab Tak Hai Jaan.
Now, they have teamed up for Imtiaz Ali's next, tentatively titled The Ring.
"That sense of hierarchy (referring to seniority) will always be there (with Shah Rukh). I come from army background so, that level of respect will always be there for him. He is not my back slapping buddy. He is much more accomplished than I am," Anushka told PTI.
Giving a comparison, the 28-year-old actress said she shares a more friend-like equation with her Ae Dil Hai Mushkil co-star Ranbir Kapoor than with SRK.
"I cannot be same with him (Shah Rukh) as I am with Ranbir. I can tell Ranbir to shut up and all but I cannot do something like this with him (Shah Rukh). I am much more relaxed with him (Shah Rukh) than what I was in my first film that is because I know him since eight years. I will get more relaxed over the years if we keep working," she said.
According to Anushka, the film is shaping up quite well. "It is too early to talk anything about the film. It (film) is an interesting love story is all I can say," she said.
The Ring has been shot at Prague, Amsterdam, London and Lisbon. After a break of a few days, the team will reunite in Mumbai to shoot the remaining portions. The shoot is expected to start from mid-November.