The crme-de-la-creme of Bollywood was in attendance, and they clapped and cheered madly for SRK when he danced with Deepika, Madhuri, Sridevi and, yes, Sharmila Tagore 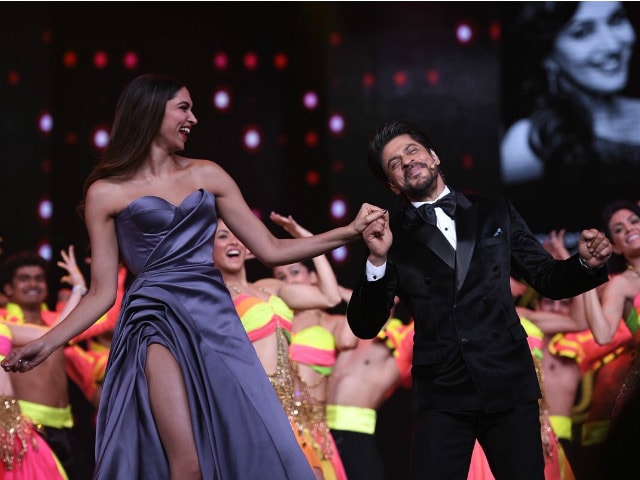 That Shah Rukh Khan, what a guy. The prospect of attempting to keep up with the likes of Madhuri Dixit and Sridevi on the dance floor might terrify the best of Bollywood - not SRK, 51, who tangoed with both these formidable grand dames of dance and, to boot, with Deepika Padukone at the Lux Golden Rose Awards in Mumbai over the weekend.
Turns out, Saturday at the Lux Golden Rose Awards was a night of masti-shasti in typical Bollywood style.
The crme-de-la-creme of Bollywood was in attendance, and they clapped and cheered madly for SRK when he danced with Deepika, Madhuri, Sridevi and, yes, Sharmila Tagore.
Om Shanti Om memories were refreshed as SRK twirled Deepika to Aankhon Mein Teri. The 30-year-old actress, now an international star, made her debut in the 2007 film opposite Shah Rukh Khan.

Shah Rukh and Madhuri are co-stars from Devdas and Dil Toh Pagal Hai while he shared screen space with Sridevi in 1996 film Army.
Shah Rukh Khan and Katrina will dance together, Jab Tak Hai Jaan:


#HQ: #ShahRukhKhan with #SharmilaTagore and #KatrinaKaif on stage at #LuxGoldenRoseAwards@iamsrk@LuxGoldenRosepic.twitter.com/yTY6v9d3ZI

Meanwhile, a video of SRK and Deepika dancing at what appears to be the after-party was also shared on social media:


.OMG @iamsrk & @deepikapadukone Both Together Enjoy Dance Party After #LuxGoldenRoseAwardspic.twitter.com/RXnY5H5Sto

Moving backwards in time, the red carpet was star studded:
Headlining the fashion squad was mom-to-be Kareena Kapoor Khan, who was glowing and resplendent in a red Gauri and Nainika ensemble. Kareena is expecting her first child with Saif Ali Khan in December.
*flashbulbs pop* 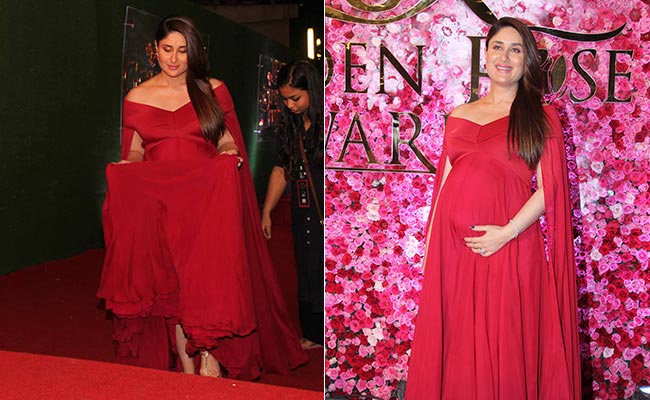 Deepika made a splash in a slate grey dress from the shelves of Ralph and Russo while Katrina checked-in wearing an embellished floor-sweeping number, courtesy Ziad Nakad. Anushka Sharma walked the red carpet in black and beige separates by Shehlaa. Jacqueline Fernandez added glitter to the event in a heavily worked Paulo Sebastian gown. 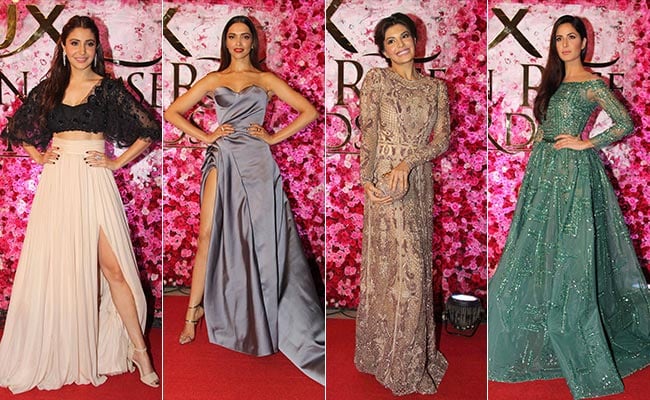 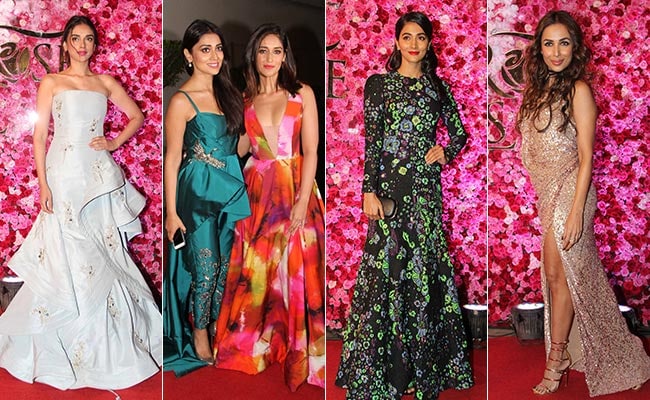 Actresses Sridevi, Madhuri and Sharmila Tagore caught up with each other at the event. Sridevi and Madhuri were beautiful in hand-picked ensembles while Sharmila was traditional in a sari. 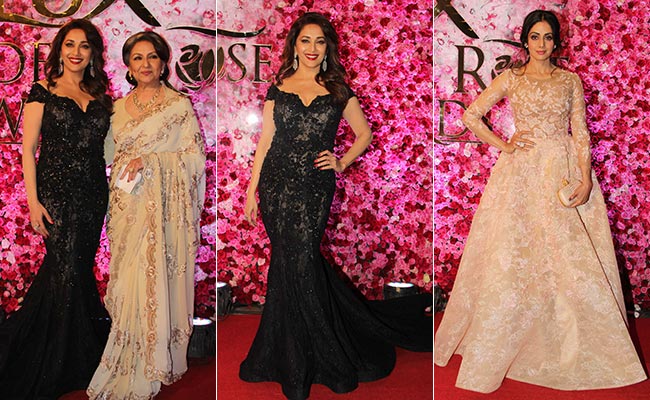 Red was a favourite of many, including actresses Taapsee Pannu, Surveen Chawla, Tamannaah Bhatia and Adah Khan. 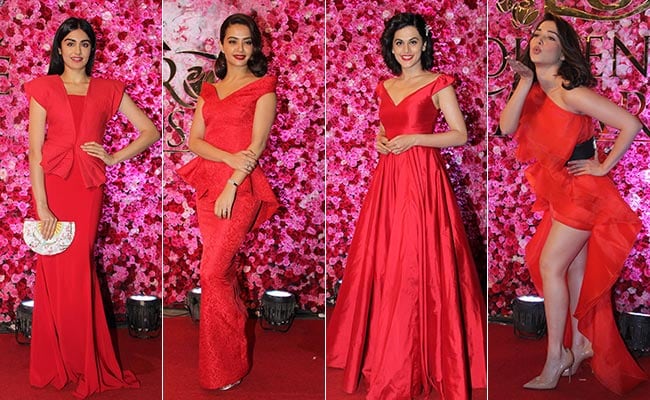 The men's section was represented stylishly by Shahid Kapoor and Arjun Kapoor, both of whom were dressed to kill. 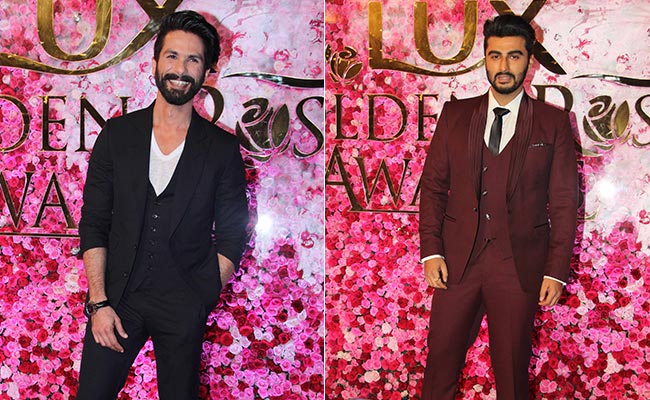