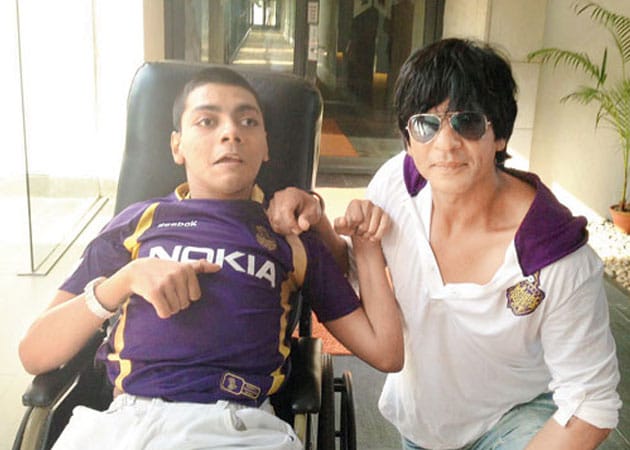 How a Kolkata-based differently-abled fan Harshu had his first meeting with Shah Rukh Khan.

It was a perfect fanboy moment for 21-year-old Harshu (aka Boss) from Kolkata. The differently abled young man, a huge fan of Shah Rukh Khan and his IPL team, got an opportunity to meet his star in person on Tuesday afternoon.
And thanks to his up, close and personal moment, Boss even managed to get the chance to meet SRK's entire team and even cheer for them.
Boss' delighted mother Rajani Goenka says, "Initially we were not allowed inside the hotel where the team and Shah Rukh were staying. I was directed towards the star's managers. They facilitated the meeting between my son and SRK."
An intimate conversation between the young man and his idol followed and SRK apparently even invited Boss to the Eden Garden grounds to watch SRK's team play.
Goenka adds, "It was a dream come true for my son and I am extremely happy that SRK was so kind and sweet to him. We never felt that we were meeting him for the first time."
Now, that's some team spirit!