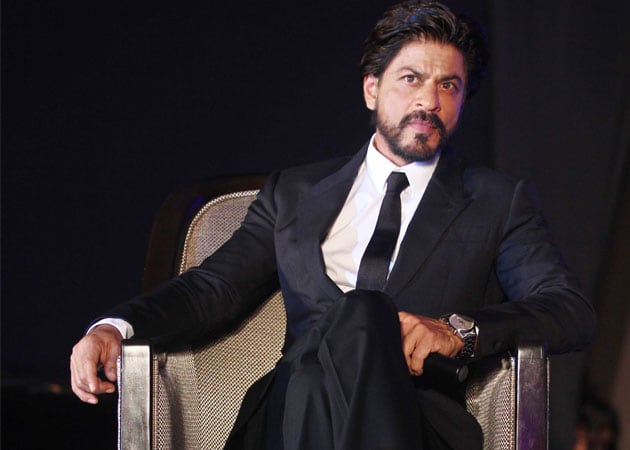 SRK started his tryst with showbiz via television with shows like Fauji and Circus.

Superstar Shah Rukh Khan is coming back to his roots - the small screen - soon, reveal sources.

Superstar Shah Rukh Khan is coming back to his roots - the small screen - soon, reveal sources.
The Bollywood Badshah has reportedly been roped in to host a grand live show based on the hugely popular international series Got Talent, for a leading Hindi general entertainment channel in December. (Also read: Khan vs Khan: Shah Rukh and Aamir in Box Office Clash of Sorts )
A formal announcement of the show will be made at a press conference here on Friday, but the source, aware of the grand plans, told IANS that the show will be one live event to be telecast on the channel.
The source said that if things go as planned, international TV personality Simon Cowell, creator of Got Talent and The X Factor, may also visit Mumbai for the show, likely to be a first-of-its-kind twist on Got Talent. The live event will be held at the Andheri Sports Complex here in December.
Meanwhile, Indian television already has India's Got Talent, the desi spin-off of Cowell's show.
Shah Rukh, one of Bollywood's most iconic stars, is not new to the TV medium.
The 48-year-old started his tryst with showbiz via television with shows like Fauji and Circus, and it was from there that he landed a role in his debut film Deewana 22 years ago. (Also read: Shah Rukh Khan's Grand Slam! Will Take Happy New Year Around the World )
He returned to the medium to host the third season of the hugely popular game show Kaun Banega Crorepati and later he anchored Kya Aap Paanchvi Pass Se Tez Hain? and Zor Ka Jhatka.
On the Bollywood front, Shah Rukh will be seen in Farah Khan's Happy New Year, which happens to be tinsel town's big ticket Diwali release this year.