Rumours were rife earlier that the trailer of the Rahul Dholakia film, which sees Shah Rukh Khan in a character with shades of grey, would be attached to best friend Karan Johar's Diwali love story Ae Dil Hai Mushkil 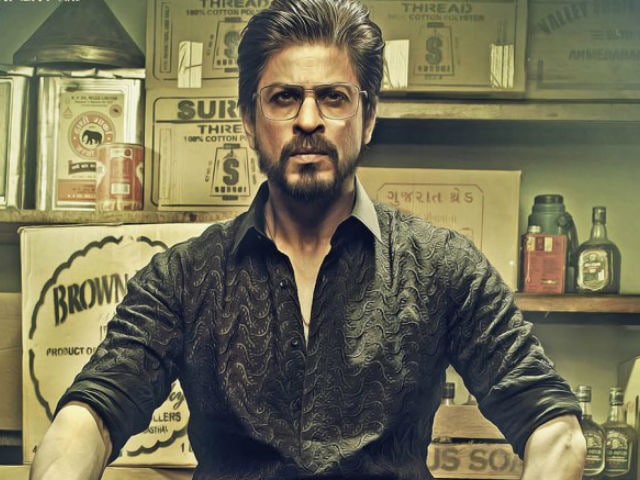 Shah Rukh Khan in a poster of Raees

Trust a marketing genius like Shah Rukh Khan to never play by the rules. Come November 2, which also happens to be the superstar's 51st birthday, Shah Rukh may be releasing the trailer of his highly anticipated film, Raees, if a report in DNA is to be believed.
Rumours were rife earlier that the trailer of the Rahul Dholakia film, which sees Shah Rukh in a character with shades of grey, would be attached to best friend Karan Johar's Diwali love storyAe Dil Hai Mushkil starring Aishwarya Rai Bachchan, Ranbir Kapoor and Anushka Sharma. As is the norm these days to attach a trailer to a big budget film, Hrithik Roshan's Kaabil trailer would be attached to the other Diwali release of this year, Shivaay.
DNA, however, has been informed by a source that Kaabil's trailer will be the solo trailer release on October 28. Shah Rukh will instead promote Raees on his birthday - first with the media, in an event he hosts at his residence annually; then on social media, and finally at an intimate gathering with family and friends.
It is not, however, in order to avoid a clash with Hrithik but actually to avoid all the frenzy around the trailer of Aamir Khan's Christmas release, Dangal, an equally big crowd-puller for Bollywood this year, as per a source. Apparently, Shah Rukh wants to 'avoid comparisons' with any other film.
The source told the daily, "SRK and co-producer Ritesh Sidhwani do not want any comparisons made with any other film. So, they will release their trailer a few days after Kaabil. But the bigger worry for SRK isn't Kaabil as much as it is the trailer of Aamir Khan's Dangal (also out on Diwali)."
"Not just that, Aamir will also release the trailer a few days before Diwali, so there is double the buzz. Shah Rukh wants the hype around those two trailers to end before he releases his film's trailer the week after. He will screen the trailer for the media in the day, release it on social media after that and at night, his close friends will get to watch it at his birthday bash at his residence, Mannat, the source added."
If the report holds true, Aamir has some big plans surrounding Dangal promotions, which Shah Rukh is trying to avoid. "While the producers of Raees are worried about their release on January 26, their publicity and promotions are on track" the source has revealed to DNA.
Raees also stars Mahira Khan and Nawazuddin Siddiqui, and will tentatively hit theatres on January 26, 2017. The film was earlier supposed to release during Eid this year, but was postponed in order to avoid a clash with Salman Khan's Sultan, and as some portions of the film were still to be shot.