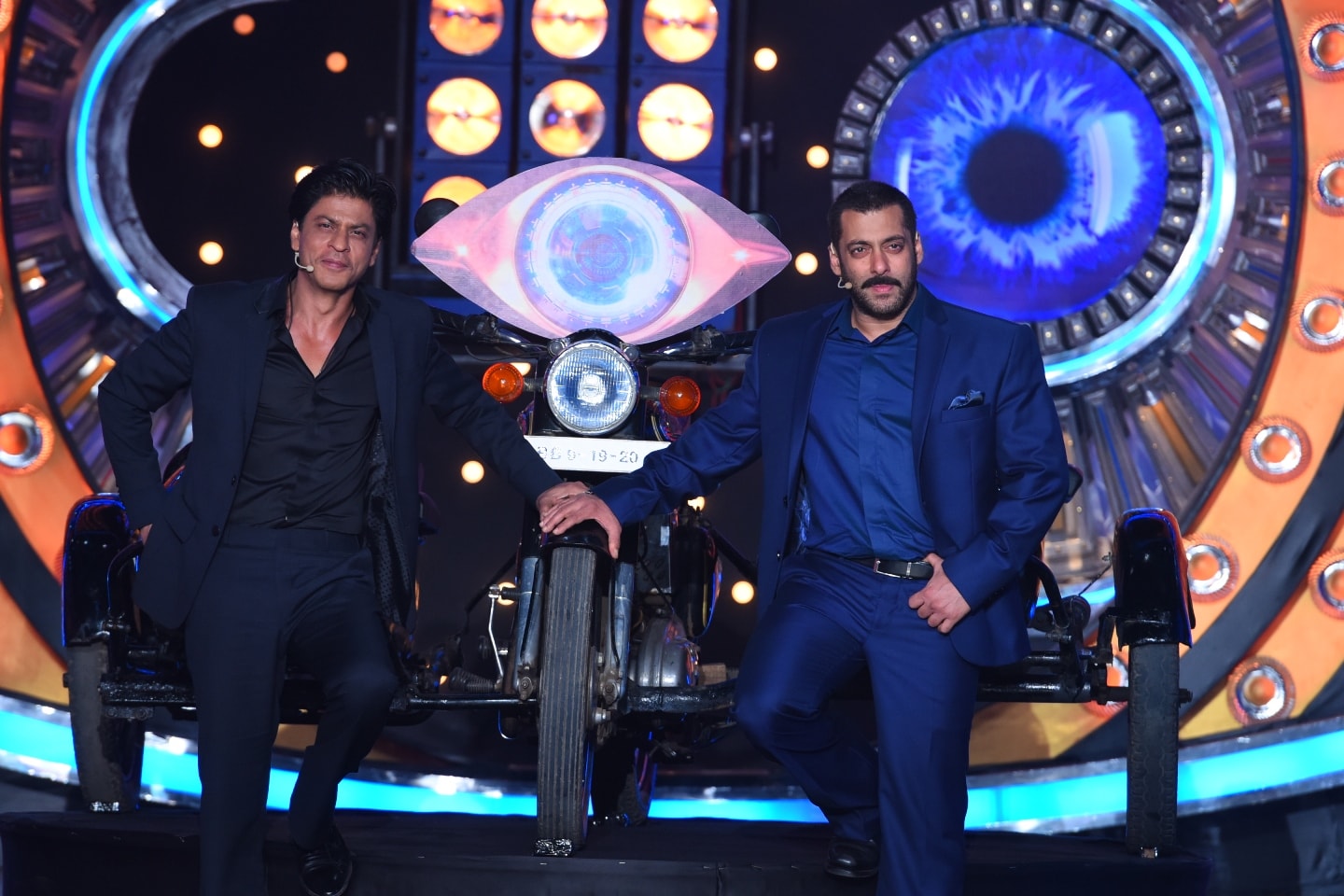 Dear Shah Rukh Khan, are you or are you not going make a special appearance in Salman Khan's film Tubelight? Just tell us already. Reports that the 51-year-old star will have a cameo in the work-in-progress war drama sent the Internet into a near faint - it would mean that SRK and Salman, also 51, would reunite on the silver screen some 14 years after their last film together, 2002's Hum Tumhare Hain Sanam. Questioned by the press at the launch of photographer Dabboo Ratnani's 2017 calendar in Mumbai on Wednesday night, SRK made a typically smooth response. "Even I have heard about the news, but you should ask the producers, they will give you the right answer," he said, reports news agency PTI.
That's neither here nor there. Several headlines proclaimed a repeat of Shah Rukh and Salman's 1995 blockbuster Karan Arjun after trade analyst Komal Nahta tweeted: "Confirmed news, guys. Absolutely great news. Shah Rukh Khan will play an important cameo in... hold your breath... Salman Khan's Tubelight." The tweet was later deleted.
The two Khans will, at least, be appearing together on reality show Bigg Boss 10, the weekend episodes of which Salman hosts. Shah Rukh Khan will be on the show to promote his new film Raees, out later this month. The actors feature in a promo of SRK's impending appearance, about which Shah Rukh Khan said, "It was fun shooting the promo. Salman wore the Raees Pathani suit. It was very entertaining. We will do something to entertain you there as well (on the show). When we come together, we try our best to entertain people. In the next two three days I will go and shoot for it."
Here are Shah Rukh Khan and Salman Khan in the promo of Bigg Boss 10: