Shah Rukh Khan 'Not Keen On Joining Politics.' Here's Why 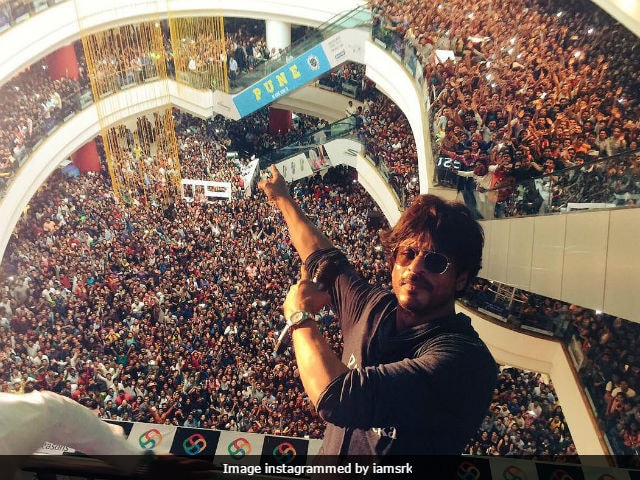 The Badshah of Bollywood, Shah Rukh Khan, has told news agency PTI that he does not want to associate himself with politics. The 51-year-old actor, who briefly played a politician in his latest film Raees, said that he wants to keep away from politics as he doesn't understand that domain. "I do this (acting), I can't do that (politics). If I start doing that, then jaan hi nikal jayegi meri toh. I don't know that job, nor do I want to do it, I am not associated with it and I don't want to," he told PTI. Raees features Shah Rukh Khan as a Gujarati boot-legger whose business in challenged and eventually thwarted by a police officer, played by actor Nawazuddin Siddiqui.
Shah Rukh Khan's Raees, which was released on January 25, has made Rs 98.25 crore so far. The actor celebrated the film's success with his co-star Nawazuddin Siddiqui and Sunny Leone at an event on Monday.
The Dear Zindagi actor praised Sunny Leone and said even though he donned a serious look throughout the Laila Main Laila song, he really wanted to dance with her.
"We just want to say we love her, she is fantastic. All of us wanted you to be in that song and we love the fact that you were a part of it," he told PTI.
"My biggest problem was I was serious in the song. I was about to trouble someone and all this while I was like 'forget that, I want to dance on 'Laila main Laila. We can fight later but I want to dance with Sunny'," the actor added.
Manjhi - The Mountain Man actor Nawazuddin's entry sequence also became a highlight of Rahul Dholakia's film Raees. Nawazuddin got a stylish introductory scene in the film, where the actor is seen performing a Micheal Jackson dance step. The actor said: "I didn't know it would be on a song. They made me practice a lot, only then I could do those steps." He'll be next seen in Munna Micheal with Tiger Shroff.
Shah Rukh Khan and the Haramkhor actor Nawazuddin Siddiqui were pictured dancing and having fun at the film's success bash in Mumbai, along with Sunny Leone, director Rahul Dholakia and producer Ritesh Sidhwani.
(With PTI inputs)