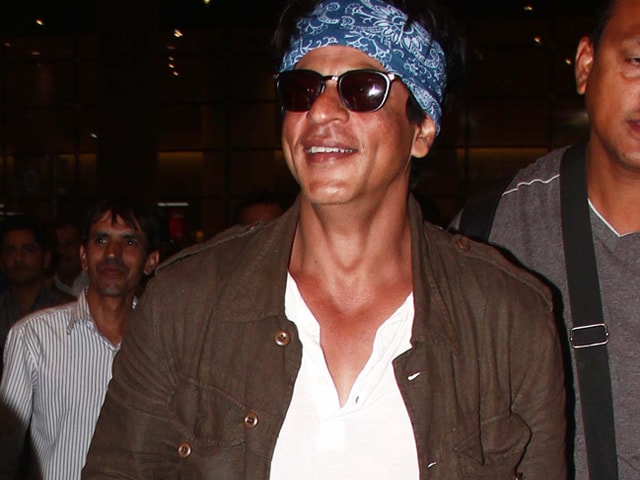 "Ethan Hunt and James Bond in one film. That's my Final Fantasy. Then as Thomas Hardy wrote, 'I can pass away and die'," Shah Rukh posted on Twitter

Bollywood superstar Shah Rukh Khan said that he wants to see the world's two most loved characters - Ethan Hunt of Mission: Impossible and James Bond from the popular spy franchise - in one film as his final fantasy before death.
He tweeted:

Ethan Hunt & James Bond in one film....that's my Final Fantasy...then as Thomas Hardy wrote...."I can pass away and die" Ecstasy in Steroids

Ethan Hunt is the protagonist of the popular spy film franchise Mission: Impossible, portrayed by Hollywood star Tom Cruise. The fifth installment in the series titled Mission: Impossible - Rogue Nation released in India on August 7.
Whereas James Bond, a fictional British Secret Service agent created in 1953 by writer Ian Fleming, and is a highly successful film series. The character of Bond was last portrayed by actor Daniel Craig in 2012 film Skyfall. He will return as Bond in the 24th James Bond film titled SPECTRE, which is slated to release on October 26 , this year.
Meanwhile, Shah Rukh, 49, will next be seen in Rohit Shetty's Dilwale, which also stars Kajol, Varun Dhawan and Kriti Sanon. The film will release on December 18.
He will also be seen in Rahul Dholakia's Raaes and Maneesh Sharma's Fan , next year.