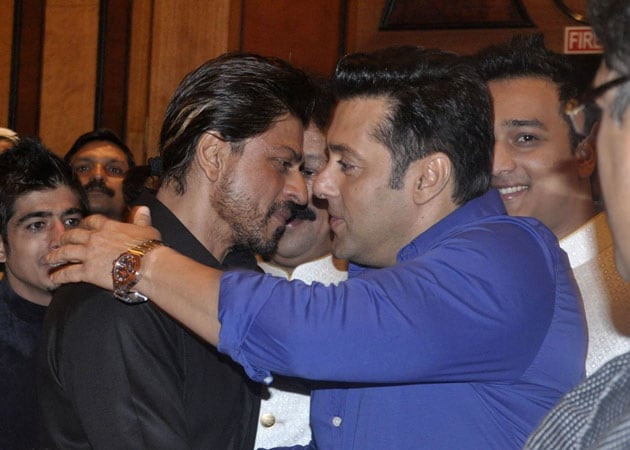 Salman Khan and Shah Rukh Khan embrace each other

Shah Rukh and Salman Khan have set an iftaar tradition of sorts. The feuding superstars, whose six-year-long animosity has now reached fabled proportions, hugged each other warmly at an iftaar party hosted by Congress MLA Baba Siddique in Mumbai yesterday. 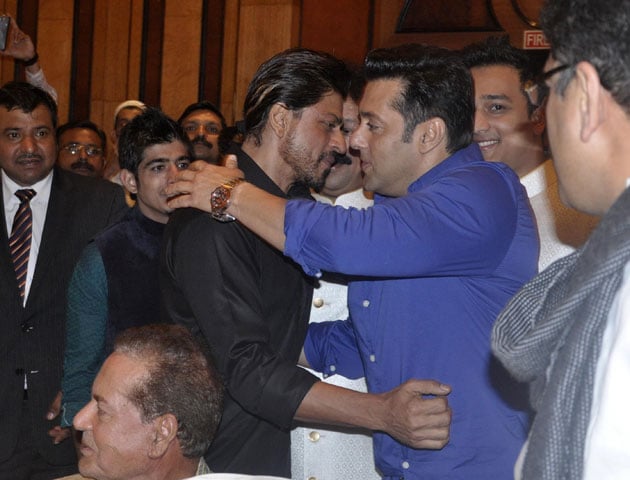 Salman, dressed in a blue shirt, and SRK, wearing black and stubble, embraced each other with some encouragement from their host. They actors have co-starred in movies like Karan Arjun.
Last year, Baba Siddique's annual party was the setting for the first SRK-Salman hug. The actors had been at war since falling out at actress Katrina Kaif's birthday party in 2008. 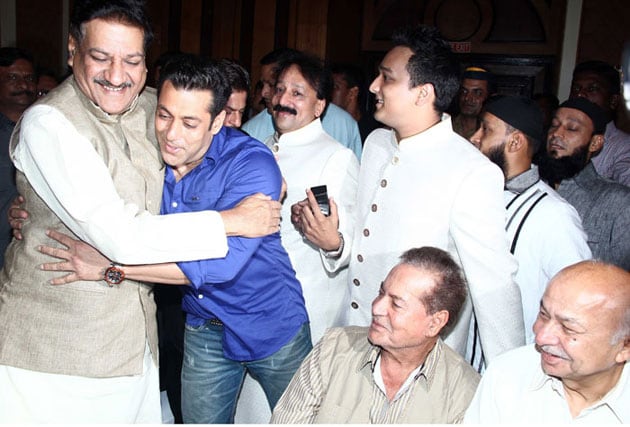 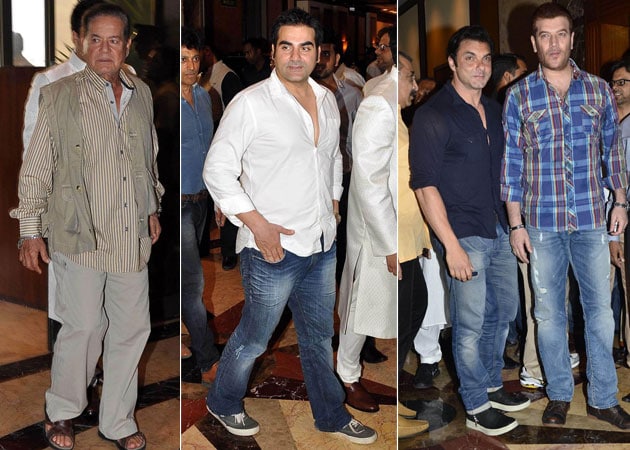 There was a smattering of Bollywood attendees, including Salman's father Salim Khan, and his brothers Arbaaz and Sohail. 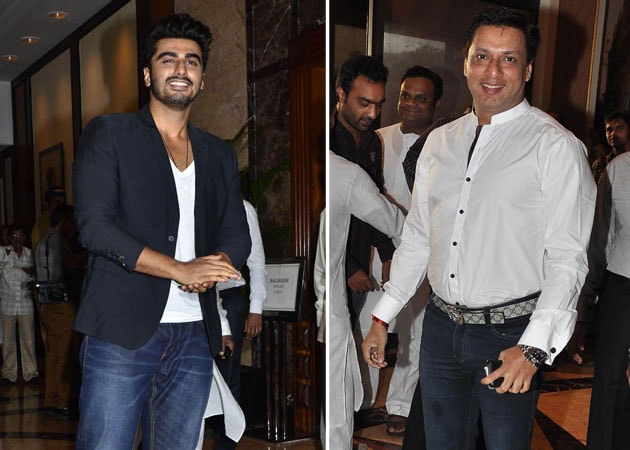