Shah Rukh Khan's Raees has so far collected over Rs 93 crore at the box office. SRK said, "Why should we compare with only the last big hit, like Dangal and Sultan which are much bigger hits than perhaps this film can ever be" 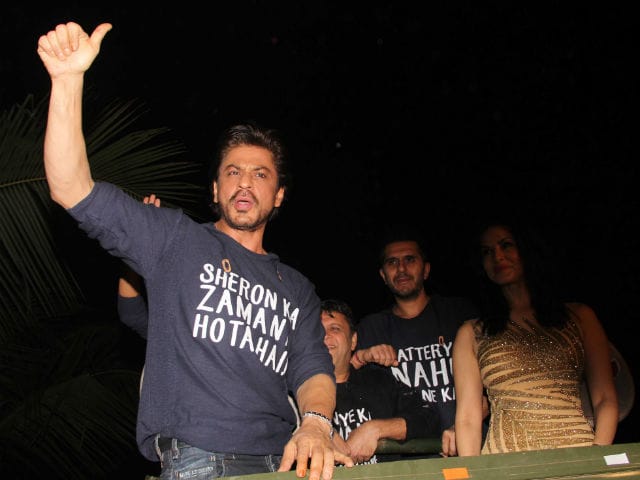 Shah Rukh Khan at the Raees party in Mumbai

Shah Rukh Khan and the cast and crew of Raees are in full party mode with the film delivering crores in ticket sales (over Rs 93 and counting) but the 51-year-old star says it shouldn't be compared to blockbusters like Dangal and Sultan. Measure the success of a film by the standard it sets for itself, not those applied to other films, SRK said. "Why should we compare with only the last big hit, like Dangal and Sultan which are much bigger hits than perhaps this film can ever be. We know that. That comparison from outside, very good. From inside, we know the truth that there is a limit it will go to and if it reaches we will be happy," he told news agency PTI. Aamir Khan's Dangaland Salman Khan's Sultan, both of which released last year, have fetched much over Rs 300 crore each.
Shah Rukh Khan, whose Red Chillies Entertainment has co-produced Raees, also said: "Every film has its own business, has its place. We have had films which are different and niche. To measure every film with the same barometer is weird. Having said that, it will have its own limited business. At this point in time we are a little beyond that also. Business wise, it is better than what we expected, collection figures notwithstanding. It's nice to know everything is going well. If I start comparing, then sky is the limit."
Raees opened last week to mostly favourable reviews, in particular for the performances delivered by SRK and co-star Nawazuddin Siddiqui.
The release of Raees was long in coming, having already been rescheduled from last July to avoid having to compete with Sultan at the box office. It finally hit theatres with another film, Hrithik Roshan's Kaabil, whose producer Rakesh Roshan has said he's upset over Raees' perceived crashing of his box office release. SRK says the film eventually paid rich dividends. "We really thought that the film will be liked by people and that's the biggest thing. This is kind of a good mix so it feels very nice. Our film was delayed, there were some issues too but I am very happy everything has turned out good," Shah Rukh Khan told PTI.
Pictures from the Raees party in Mumbai on Monday night show Shah Rukh Khan at the wheel of a jeep with actress Sunny Leone, Nawazuddin Siddiqui, director Rahul Dholakia and producer Ritesh Sidhwani. Save Sunny, Team Raees wore T-shirts printed with dialogues from the film. They were photographed dancing and generally having a great time. 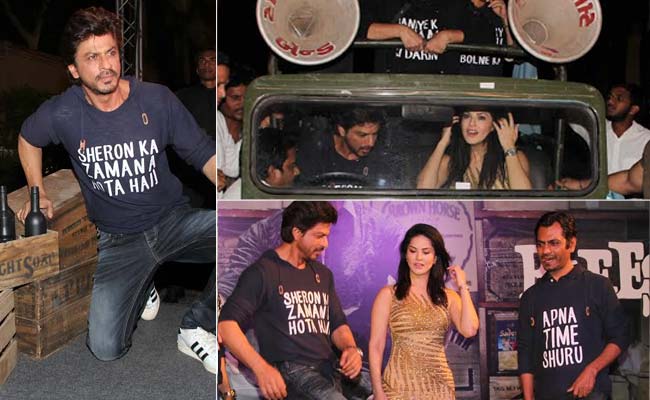 Team Raees at the film's success party in Mumbai

Raees also stars Pakistani actress Mahira Khan, who did not participate in promotions for the film. In a tweet after the party, Rahul Dholakia said she was missed.
(With inputs from PTI)