A sneak peek into the first song, Koi Fariyaad of the upcoming romantic drama Tum Bin 2 was unveiled exclusively for the web by SRK, and T-Series also released the title track on Wednesday 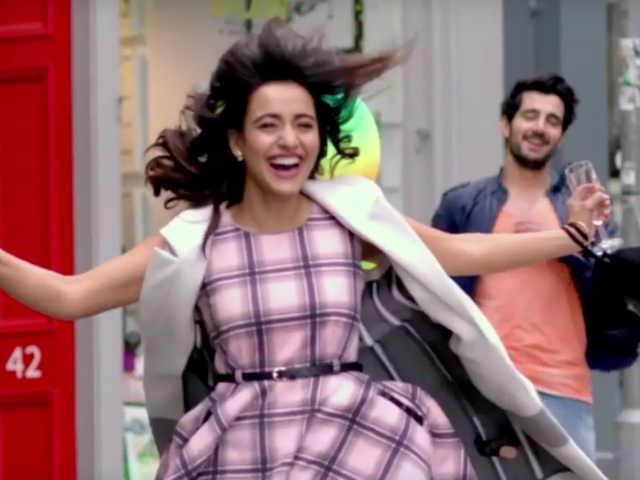 A still from Tum Bin 2

In spite of being busy in Prague for the shoot of Imtiaz Ali's film - tentatively titled The Ring - with Anushka Sharma, Shah Rukh Khan found the time to endorse his Ra.One director Anubhav Sinha's next venture.
A sneak peek into the first song of the upcoming romantic drama, Tum Bin 2, was unveiled exclusively for the web by SRK. As opposed to a characteristic teaser which showcases a portion of the trailer, it was a sneak peek into the reworked version of late singer Jagjit Singh's 'Koi Fariyaad' (which featured originally in Tum Bin, released in 2001) sung by Rekha Bhardwaj. The original film was a runaway success owing to its melodic and soulful musical album. Hence, the release of the song promo first for the sequel.
Wrote Shah Rukh Khan:


Best of luck for this labour of love to my friend @anubhavsinha . Tum Bin 2 . Beautiful song & beautiful people. https://t.co/A2wWd0ydj1

Director Anubhav Sinha thanked his 'G.One' for the tweet. "Thanks so much for releasing the trailer. Love you. #TumBin2." He also wrote, "What fun. King of hearts releases a story of hearts. Thanks again. @iamsrk."
Koi Fariyaad, however, didn't just catch the fancy of one Khan. Salman Khan, who is currently shooting for Kabir Khan's Tubelight in Manali, also wished the team.

Tum Bin, a musical romantic drama starring Sandali Sinha, Priyanshu Chatterjee, Himanshu Malik and Raqesh Vashisth was a sleeper hit. And as in the original, producers T-Series have cast relative newcomers in the sequel as well. Actors Aditya Seal and Aashim Gulati will be seen opposite actress Neha Sharma. Veteran television actor Kanwaljit Singh also makes an appearance.
Meanwhile, the makers have also released a short version of the title song from the film, which has been rendered by Ankit Tiwari.

Tum Bin 2 features a song by international cricketer and singer Dwayne Bravo, and rumour has it that Chammak Challo singer Akon will be singing a duet with Atif Aslam.
Till then, here's Koi Fariyaad from Tum Bin 2 which is bound to give you major nostalgia: