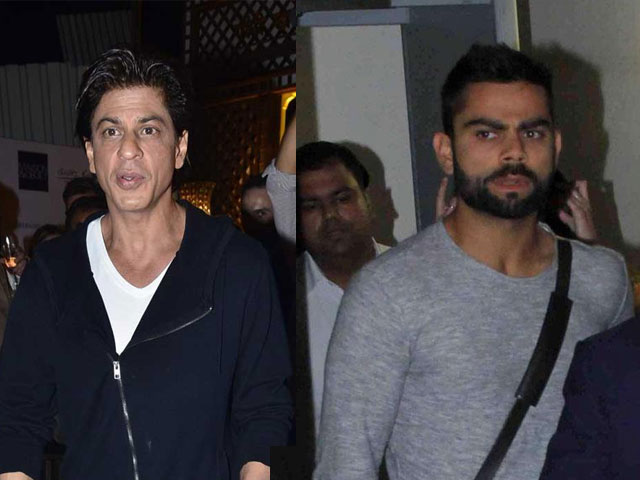 SRK said that Virat is a gentleman

Actor Shah Rukh Khan was asked his opinion of cricketer Virat Kohli in a Twitter chat with fans. This is his reply.

'Very sweet' indeed. As you might remember, SRK unmercifully ribbed Virat at the opening ceremony of the seventh edition of the Indian Premier League last year. At the time, Virat and actress Anushka Sharma had not confirmed they were dating. Virat took SRK's teasing in good spirit, even the bit where a picture of Anushka was hung around his neck.

Virat and Anushka are in Kolkata for the opening ceremony of the eighth edition of IPL. Anushka was one of the star performers at the ceremony, Virat captains Royal Challengers Bangalore and SRK is the co-owner of Kolkata Knight Riders.

SRK's Twitter chat, meanwhile, had #AskSRK trending even hours after the chat ended.