Shah Rukh Khan would even do this for friend Farah Khan 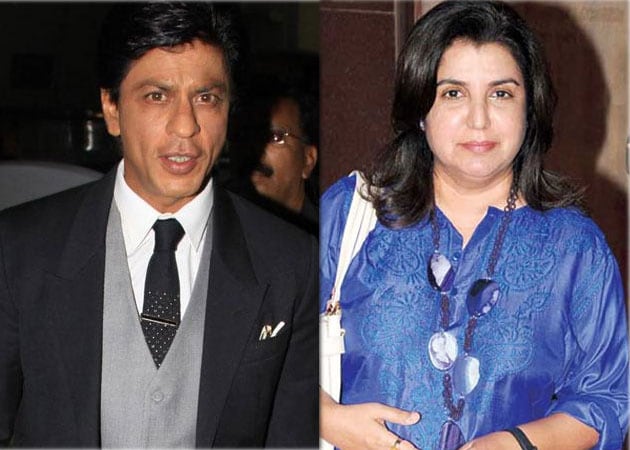 Shah Rukh Khan will be seen in Farah Khan?s next Happy New Year

Picture King Khan clad in white, getting drenched under a waterfall! Shah Rukh Khan is ready to do the infamous Mandakini act, but only for his filmmaker friend Farah Khan.

Picture King Khan clad in white, getting drenched under a waterfall! Shah Rukh Khan is ready to do the infamous Mandakini act, but only for his filmmaker friend Farah Khan.
The superstar made the confession recently on a reality TV show while promoting his film Chennai Express.
On the show, he was blown away by the flexibility and talent of two female contestants, who performed a Mallakhamb act which had them executing backward flips on a five-foot wide wooden block.
On hearing Shah Rukh's comments for the contestants, the show's judge Farah, who had choreographed the song Jiya Jale for his movie Dil Se... reminisced how she had tried to get Shah Rukh to do a few Mallakhamb steps for the song.
"On the shoot day, Shah Rukh vanished from the sets and was nowhere to be seen. I had specially ordered a white lungi and wanted him to be bare chested while shooting the song," she recalled.
To that Shah Rukh came up with a quick rejoinder.
"Don't worry Farah, for your next movie, I promise I will do a Mallakhamb. If you dress me in white for it, I will also be your Mandakini and give you four days to shoot the song as well," said the superstar with a naughty grin.
Mandakini, a former Bollywood actress, had caused a stir with her daring act of bathing under a waterfall, wearing a flimsy white sari in the 1985 film Ram Teri Ganga Maili.