Shah Rukh Khan: Would love to do Ra.One 2 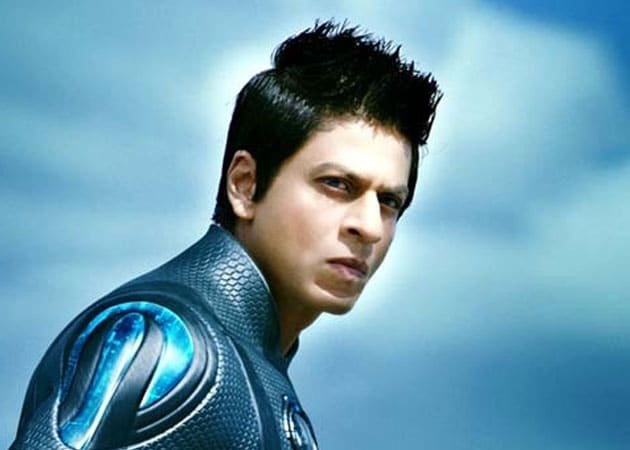 Superstar Shah Rukh Khan says he would love to do Ra.One 2, but that could take time as the country lacks trained technicians.

Superstar Shah Rukh Khan, who set new benchmarks in Indian cinema with the use of new technology in Ra.One, says he would love to do Ra.One 2, but that could take time as the country lacks trained technicians.
He says technology and equipment alone aren't enough to make a technologically high-end film.
"We have the latest technology and the equipment, but we lack trained technicians. For Ra.One, we had hired 50 foreign-trained technicians. I would love to work in Ra.One 2, but it's not easy. For a film with a different genre like Ra.One, I'll need at least two to three years for preparation," Shah Rukh said.
Ra.One, released in 2011, was an ambitious Rs 150-crore ($30 million) project high on world class VFX. It reportedly had 3,500 VFX shots and Shah Rukh had collaborated with Jeffrey Kleiser, co-founder of US-based Synthesian Studios, to supervise the work done by Shah Rukh's Red Chillies VFX team.
Red Chillies VFX, a subdivision of Shah Rukh's motion picture production banner Red Chillies Entertainment, also provides the necessary technology and special effects to other filmmakers in the country.
One of the forthcoming projects his special effects team has worked on is Rakesh Roshan's Krrish 3, the trailer of which has already received kudos for its visual imagery and technology-induced action sequences.
"For Rakesh Roshan's film, Krrish 3, the equipment is from our company. We have trained over 200 technicians in the last five years. They are very good, but the vision has to come from Rakesh Roshan. If you have the vision and technology, the technicians can be changed," added Shah Rukh, stressing on the importance of filmmakers thinking beyond what's easy.
The change is already setting in, King Khan felt. It reflected in films like Anurag Kashyap's Gangs of Wasseypur and Anurag Basu's Barfi!.
"There have always been all kinds of filmmakers who make films like Iron Man, Batman and Chak De! India at the same time. It's always parallel. When I did DDLJ ('Dilwale Dulhania Le Jayenge), there was Maya Memsaab too. There are Gangs of Wasseypur and Barfi!, all kinds of films being made. It is good," said Shah Rukh.
His mantra is to reinvent himself by working in different genres.
"I always try to work on a different genre. I feel the industry has given me name, fame and money and I won't ever forgive myself if I won't do anything beneficial for Indian cinema and my fans," he added.