That Zoya can make anything look breath-taking is unsurprising for fans of her work. Thanks to her Instagram account, we got to experience her lens handiwork first-hand, and let's just say, the results are splendid 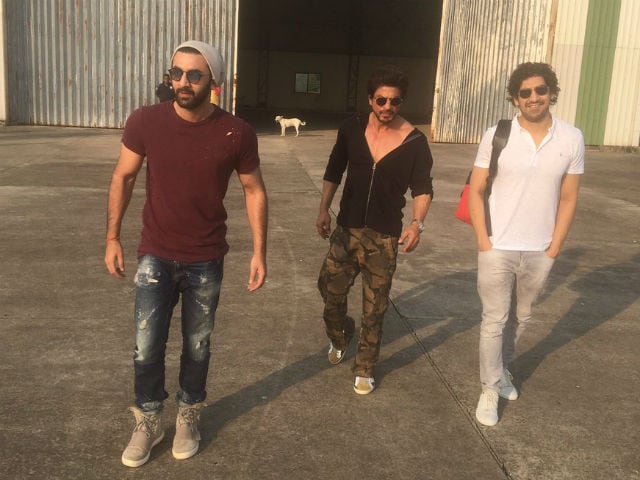 Superstar Shah Rukh Khan's birthday schedule usually involves a press-meet followed by greeting fans from his bungalow 'Mannat' in Mumbai. This year, however, the actor decided skip the morning routine and ring in his 51st birthday at a bungalow in picturesque Alibaug with close friends and family.
Filmmaker friend Zoya Akhtar Instagrammed some intimate photographs of guests at the get-together on November 2, which included names like Ranbir Kapoor, Imtiaz Ali and Karan Johar. That Zoya can make anything look breath-taking is unsurprising for fans of her work. Thanks to her Instagram account, we got to experience her handiwork first-hand, and without a shadow of a doubt, the results are splendid.
The 'magnificence' of birthday boy SRK.

They don't call him 'King Khan' for nothing.
Gauri Khan was a sight for sore eyes:

Guess who shares her birthday with Shah Rukh?

As did his director Karan Johar:

Filmmaker Ayan Mukerji was a sleepy-head:

Finally, Zoya turned the lens on herself:

Before the party returned home on Shah Rukh Khan's yacht:

Shah Rukh Khan left Alibaug in a chopper at the end of the day. He is currently prepping for the release of his next film Dear Zindagi, with Alia Bhatt.