Shah Rukh Khan was entering actress Alia Bhatt's building in Juhu, Mumbai to attend her 24th birthday bash on Wednesday when reportedly his car accidentally ran over a photographer's leg. Shah Rukh Khan immediately asked his bodyguard to take him to the hospital 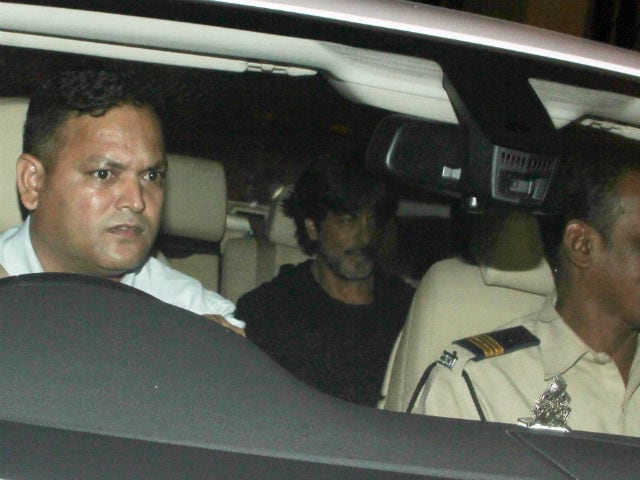 Shah Rukh Khan was spotted at Alia Bhatt's 24th birthday bash on Wednesday. According to news agency PTI, as the photographers tried to capture the 51-year-old actor in their respective cameras, his car accidentally ran over a photographer's foot in Juhu, Mumbai. However, the Baazigar actor immediately stepped out of his car and asked his bodyguard to take the photographer to a nearby hospital. "He was a new photographer so perhaps got a little too excited seeing Shah Rukh and couldn't see that the car was very near to him. When the car ran over his foot, Shah Rukh immediately came out of the car along with his team to help him," an eyewitness told PTI.
The eyewitness added: "SRK then instructed his team to take the injured photographer to Nanavati hospital in his car and called up doctors at the hospital. Nothing major happened to the man but Shah Rukh entered the building only when his car left to the hospital."
Shah Rukh Khan has worked with Alia Bhatt in the 2016 movie Dear Zindagi.
Apart from Shah Rukh Khan, her rumoured boyfriend, Sidharth Malthora, Karan Johar, Ayan Mukerji and Puneet Malhotra also attended the Udta Punjab actress' birthday party.
Shah Rukh Khan was last seen in Rahul Dholakia's movie Raees co-starring Mahira Khan and Nawazuddin Siddiqui. He had portrayed the role of a boot-legger and underworld figure operating out of the dry state of Gujarat.
Shah Rukh Khan is currently shooting for Imtiaz Ali's next venture along with Anushka Sharma. He will also feature in Aanand L Rai's next film. The Dilwale Dulhania Le Jayenge actor will be seen playing a dwarf in the film.
(With PTI inputs)