Shah Rukh Khan, Anushka Sharma: Beauty and Beast. But Who is Which?

The actor is currently experimenting with a new app on social media and hence, his latest Insta-posts have some fans perplexed, some scratching their heads and some simply laughing out loud 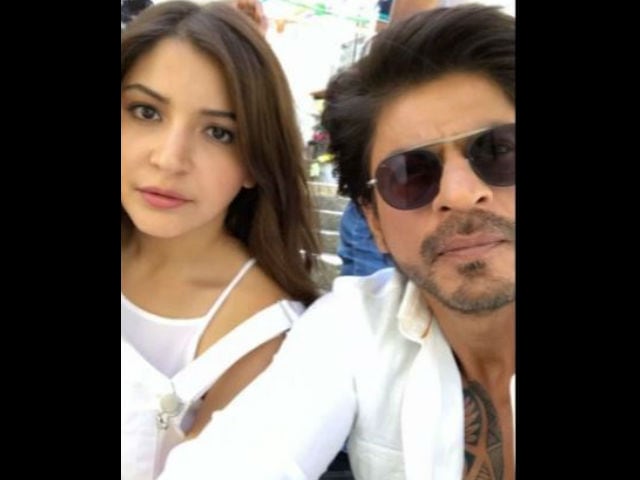 This image was posted on Instagram by Shah Rukh Khan

Shah Rukh Khan, who is currently shooting for Imtiaz Ali's tentatively titled The Ring with Anushka Sharma across Europe, is now in Lisbon and it looks like he has all the time on his hands.
The actor is currently experimenting with a new app on social media and hence, his latest Insta-posts have some fans perplexed, some scratching their heads and some simply laughing out loud.
A photo talk app has Shah Rukh obsessed, and soon enough, it was time for Anushka, or should we say the 'Beauty/Beast' in this case, to join in:


Beauty and beast take your pick.


And the beastly version.

The actor had earlier posted this video with AbRam in the starring role:


Necessity is the mother of invention. And my kids approve. Be innovative #srkinstagyaan

With his face covered with a mask made out of tissue paper, we hear and watch the app speak for Abram. "My father loves clicking my pictures. But, he feels I am over exposed on the social media. So, this is his brilliant idea. He is so smart." We agree.
"Necessity is the mother of invention. And my kids approve. Be innovative #srkinstagyaan," it was captioned.
Cutesy, though-provoking or poignant. Usually the first things that come to mind the moment we spot a new post by Shah Rukh on his Twitter account. For Instagram, the process is a bit more intimate, usually catching the superstar at a breath-taking moment. The fact that he is currently in picturesque Europe only adds to the cause.
The actor, however, and it seems pretty clear, is making the best of his shoot with three-time co-star Anushka (they have previously worked together in Rab Ne Bana Di Jodi and Jab Tak Hai Jaan).
Of course, all this yik-yakking can't stop his incessant 'boomerang' posts. And according to the recent one, Imtiaz is 'objectifying' Shah Rukh.

No, we can't stop watching either.
Sure, the videos may look a tad bit strange at the onset, but once you've had all this #srkinstagyaan on loop for some time, you'll be sniggering as well.