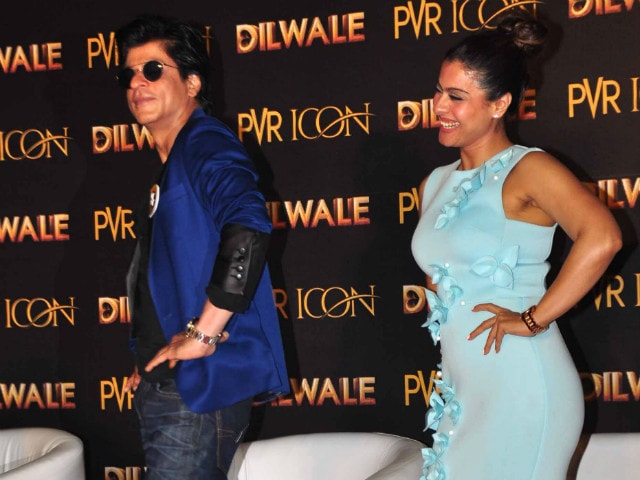 SRK and Kajol photographed at the launch of Manma Emotion in Mumbai.

Dilwale's day of reckoning is just weeks away now and the cast is currently promoting their film in London. Actor Shah Rukh Khan gave junior Dilwale Varun Dhawan and Kriti Sanon major dance floor competition, getting jiggy to the song Manma Emotion. (Also Read: Dilwale Diaries: Meet The Pranksters From the Film's Set)
Neither Shah Rukh nor Kajol, who is cast opposite him, actually appear in Manma Emotion, which stars Varun, Kriti and umpteen colourful monster trucks - but you wouldn't know it from the enthusiasm with which SRK danced in London.
SRK posted the video on Facebook on Wednesday:


Shaking a leg to Manma Emotion in UK! Dilwale

@kritisanon and me are in london get ready #Dilwale

SRK also tweeted a separate shout out to London:


London as always beautiful. The people here even more loving than before if that's possible.Highlite of the day got to be with my lil AbRam