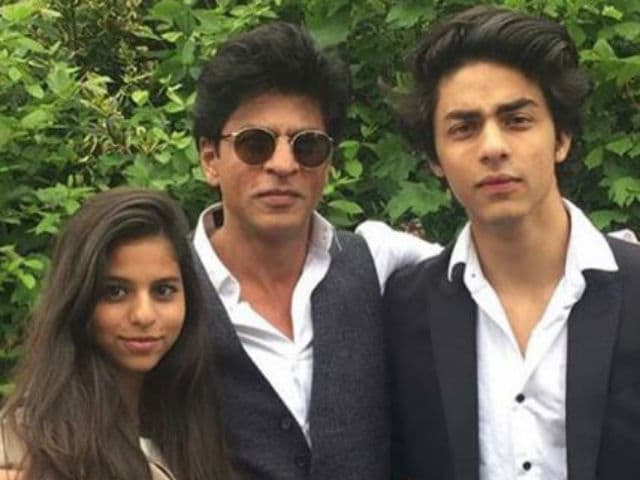 The Khans are in USA for the sole purpose of settling Aryan at the University of South California. But it seems SRK just can't let his son go. The doting dad posted a heart melting picture on Instagram on Thursday.

Shah Rukh Khan, devoted dad, has posted a picture on Instagram guaranteed to melt several hearts. Aryan has gone off to college at the University of South California, leaving behind him a bereft father - SRK, 50, appears to already be suffering separation anxiety.
Poor SRK.

The Khans are in USA for the sole purpose of settling Aryan in. SRK was mobbed at University of South California a few days ago but handled it like a boss.


At USC so many lovely young boys and girls. So many hugs. So many selfies. Thanks for the 'crowded' welcome. Fight on kids and rule.

Gauri Khan and daughter Suhana were spotted in Los Angeles, shopping and posing and generally living the SoCal life:

The trip got off to a rocky start, however. Shah Rukh Khan was stopped for extra screening at the Los Angeles terminal when they flew in last week, making it the third time he's been detained at an American airport since 2009.
A tweet from Richard Verma, the US Ambassador to India, reassured him that measure were being taken to prevent future repeats. SRK reportedly shares his name with someone on the US no-fly list.
Shah Rukh Khan, last seen in Fan, has the films Dear Zindagi and Raees coming up.