The trailer of Shah Rukh Khan's upcoming film Raaes offered only the briefest of glimpses of Sunny Leone's much anticipated dance number Laila Main Laila, a remake of the Qurbaani song featuring Zeenat Aman. The trailer of Raees shattered records by crossing 21 million views in 24 hours and now, weeks after that, the makers of the Rahul Dholakia-directed Raaes released the first look of Sunny Leone in the song, which they say has been reinvented by the actress in her own style. Sunny looks stunning in a blue outfit, a dazzling smile and statement jewellery. Laila Main Laila will be the latest remix in just a few weeks, after Ae Zindagi Gale Laga Le from Dear Zindagi, Haseeno Ka Deewana from Kaabil and Humma Humma from OK Jaanu.
Here's a look at Sunny Leone as Laila 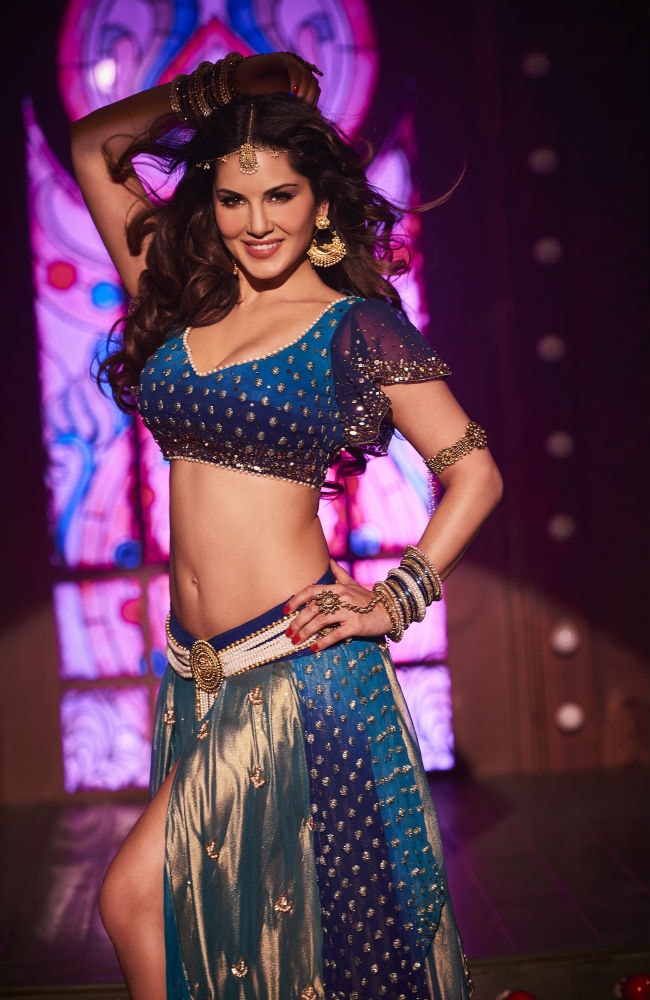 On Twitter, Sunny Leone write, "Proud to be part of Laila Main Laila. Journey has just begun." Shah Rukh Khan tweeted," Absolutely awesome."
Recently, Sunny Leone told news agency PTI that Shah Rukh Khan's wife Gauri Khan also liked her in the song. "I saw him (Shah Rukh) and his wife (Gauri) during Diwali party at Aamir Khan's house. I asked him how is the song looking he said very sweet, his wife said it is looking really good. I was extremely nervous. She said it's looking amazing. When a woman says something is looking good then you know it's looking good otherwise we don't speak, don't make comment. But she said it looks amazing, great. She made me feel better. Even Shah Rukh Khan said it's looking really good," she said.
Of her experience of filming with SRK, Sunny told PTI: "He is extremely professional, very nice, he made me very comfortable as I was very nervous. I had great time working with him. I feel one of the lucky ones."
Sunny Leone says that she grew up watching song-and-dance sequences and therefore doesn't think there's anything wrong with Bollywood's special dance numbers. Sunny, who has featured in songs like Pink Lips and Laila Teri Le Legi, also told news agency IANS that her song in Raees has an important part to play in taking the film's story forward. "I feel that this particular song has an important part to play in taking the film's story forward. I don't understand what the term item number means anyway. From the beginning, Bollywood films have had some of the most amazing songs and people look forward to that," she said. Sunny Leone, 35, is currently filming Tera Intezaar with Arbaaz Khan. She also has cameos in Ajay Devgn and Emraan Hashmi's Baadshaho and Sonakshi Sinha's Noor.
Raees, which also stars Nawazuddin Siddqui and Pakistani actress Mahira Khan, will release on January 25, alongside Hrithik Roshan's Kaabil.