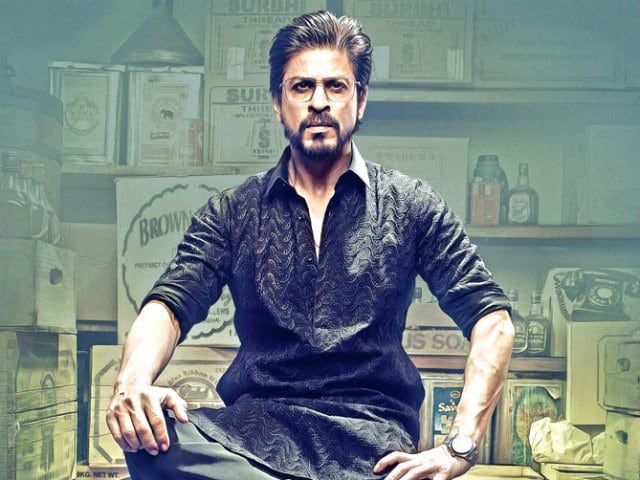 Shah Rukh Khan's fans, rejoice. The actor has a piece of good news for all those eagerly waiting for his much-awaited film Raees's trailer. The trailer is all set to release on December 7 at 11 AM and with the launch, King Khan has promised to interact with his fans live in selected theatres. Shah Rukh posted a video on Twitter, where he says Raees trailer aa raha hai and also invited the audiences to join the interactive session. The interaction will be held in selected theatres and will go live across all UFO screens at the same time. The 51-year-old actor will answer all the questions posed to him by fans who will visit the theatres to watch the film's trailer.


#RaeesTrailerAaRahaHai... but before that we've got some news for you. Dhyaan se suno! https://t.co/4PxDS32JCh

Raees, directed by Rahul Dholakia, is jointly produced by Excel Entertainment and Red Chillies Entertainment. The film, which also stars Pakistani actress Mahira Khan ran into controversy over her casting. The plot of the film is set in Gujarat.


Take part in the #RaeesTrailerAaRahaHai contest tomorrow for a chance to interact with him 1 week from now! T&C: https://t.co/88tsCOcLNfpic.twitter.com/1z66OWVU8g

The film, will now release on January 26, 2017. It was earlier slated to release this Eid this year, but was rescheduled to avoid a clash with Salman Khan's Sultan. It will now release alongside Hrithik Roshan's Kaabil.
Shah Rukh Khan was last seen in Dear Zindagi opposite Alia Bhatt. After Raees, his next release will be Imtiaz Ali-directed untitled film co-starring Anushka Sharma. A couple of days ago, Salman released the first look of the film on Twitter and extended his good wishes to Shah Rukh and Anushka.