Shah Rukh Khan's Raees Trailer: Karan Johar wrote in a tweet that he "can't wait to see the film" 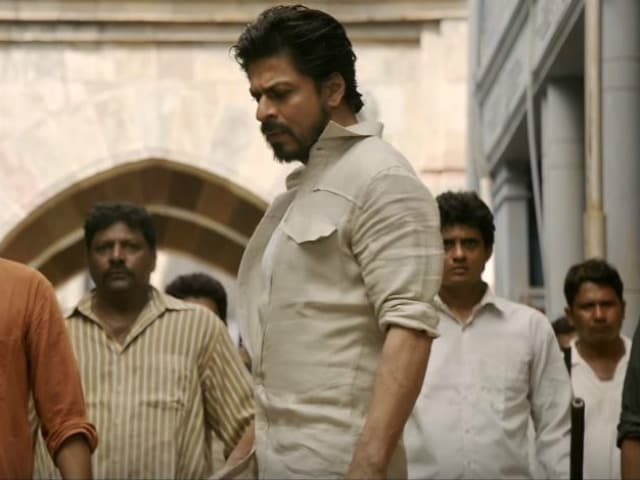 Shah Rukh Khan's Raees Trailer: A still from the film

Keep calm if you can, we said when the trailer of Shah Rukh Khan's Raees was released mid-day on Wednesday. Twitter can't, which should surprise nobody. #RaeesTrailer has been the top trend all of Tuesday and the verdict on social media is this: Shah Rukh Khan's new film will be dope. Filmmaker Karan Johar wrote in a tweet that he "can't wait to see the film" - that is pretty much Twitter's opinion, distilled. Raees, a long-awaited film, stars Shah Rukh Khan as the titular Raees Alam or Raees 'bhai,' a liquor baron operating out of Gujarat, which is a dry state. His nemesis is a cop played by Nawazuddin Siddiqui, who runs a road roller over a street of alcohol bottles in one memorable and visually-stunning scene. SRK's love interest Mohsina is played by Pakistani star Mahira Khan, in her first Bollywood role.
So, Twitter. Keeping calm and carrying on wasn't an option.


This dialogue from #RaeesTrailer OMG Srk u killed it... pic.twitter.com/iOymQcpatJ

Whoever saying #RaeesTrailer isn't great,
YOU'RE LYING TO YOURSELF !

rRaees Bhai @iamsrk maar dala bas! Saw the #RaeesTrailer twice at the screening and we've got just one word for it - OUTSTANDING

Raees is going up against Hrithik Roshan's Kaabil and thereby hangs another tale. Shah Rukh Khan's film was originally meant to release on July 6, which was Eid and already booked for Salman Khan's Sultan. After a couple of nail-biting months, the producers of Raees announced they were booking another box office date. Turned out, they had swapped one box office clash for another - Hrithik Roshan's Kaabil was already scheduled for January 26. Days ago, the producers of Kaabil announced they would shift their date to the day before, January 25. On Wednesday, at the launch of Raees' trailer, Shah Rukh Khan and team revealed they would be doing exactly the same. The difference - Raees will open in the morning, as films do, and Kaabil at 6pm.
Fireworks awaited.