Shah Rukh shared his "favourite moment" in a video, which shows fans hooting and cheering for their superstar while he thanks them for all their love. It ends with a small piece from Kal Ho Naa Ho 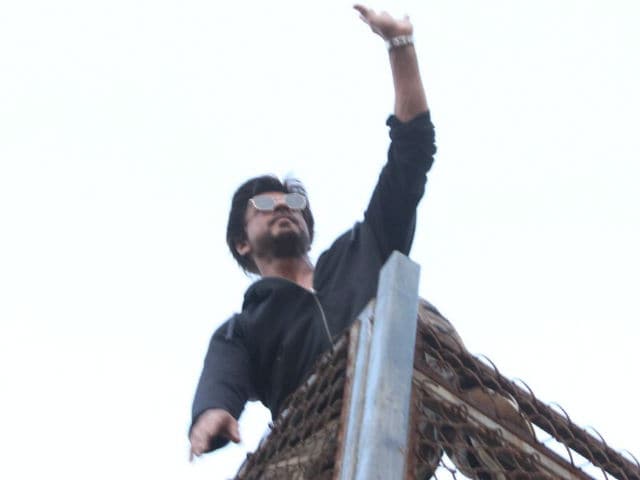 Superstar Shah Rukh Khan has a special message for his fans on his 51st birthday, which he celebrates today. The actor shared the message for his fans, who gathered at his Mumbai residence Mannat on Wednesday evening, on Twitter.
He shared his "favourite moment" in a video, which shows fans hooting and cheering for their superstar while he thanks them for all their love. It ends with a small piece from Kal Ho Naa Ho:


Thank you everyone who came from all over the world to wish me. U make me feel so special & loved. Really this is the best moment for me. pic.twitter.com/okHey7GDUm

And also a selfie:


If I could, I would jump amidst you. So that you could take me home. Thank you all for coming and making my birthday so special. Love you! pic.twitter.com/wf6TUf5lSh

Shah Rukh, dressed in a black jumper and camouflage trousers, was accompanied by his three-year-old son AbRam to the greet session. 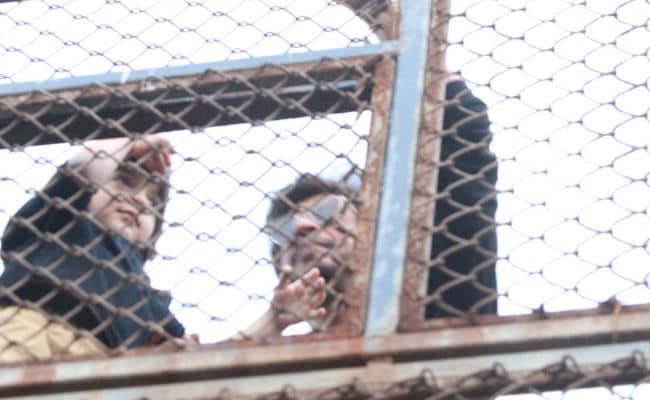 Shah Rukh recently returned from his Alibaug beach house, where he started the celebrations on the eve of his birthday. Actor Ranbir Kapoor, with SRK shares a scene in Ae Dil Hai Mushkil, came to the party with the film's director and Shah Rukh's old friend Karan Johar and director Ayan Mukerji, of Dharma camp. 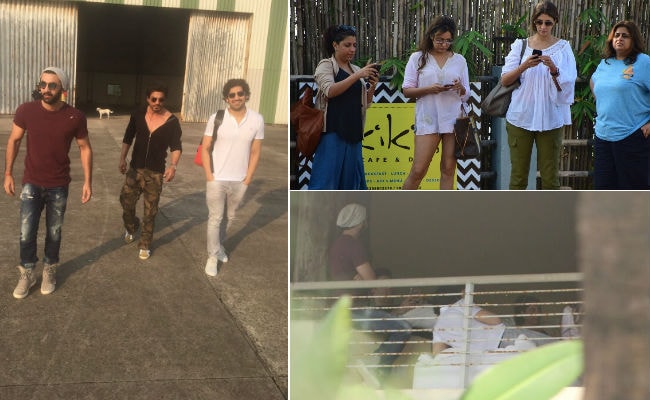 Sanjay Kapoor shared a picture from Tuesday night's party, which he attended with his daughter Shanaya. 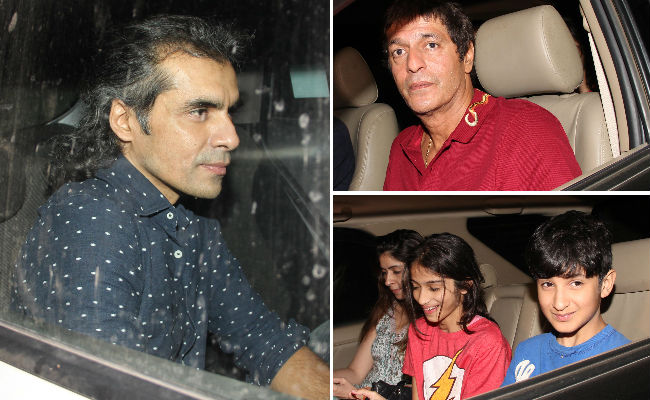 Shah Rukh Khan will be soon seen in Gauri Shinde's Dear Zindagi, co-starring Alia Bhatt. The two will also open the upcoming season of KJo's famous talk show Koffee With Karan, which starts on November 6.
The actor also has Rahul Dholakia's Raees with Mahira Khan and Nawazuddin Siddiqui and a film with Aanand L Rai up his sleeve.