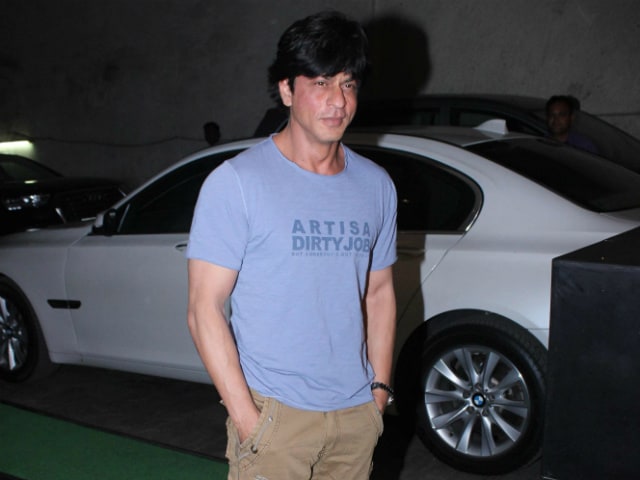 Actor Shah Rukh Khan has revealed 'bits' about his three upcoming on screen personas. In a tweet on Saturday, he said that he will be seen playing the roles of a dwarf, a guide and a warrior in his upcoming projects.
This is what he tweeted:

Shah Rukh is teaming up with directors Aanand L Rai and Imtiaz Ali and reuniting with close friend Aditya Chopra for his upcoming projects.
The 50-year-old actor is playing the role of a dwarf in Mr Rai's film, and reportedly a guide and a warrior in Imtiaz's next and Aditya's film.
Shah Rukh had also tweeted about the story of Imtiaz's film on June 18:


Revealed Imtiaz Ali story "That u become such an unquestionable part of me, that I can't find the beginning of ur heart and the end of mine"

The film will be first collaboration between Shah Rukh and Imtiaz. Last seen in Maneesh Sharma's Fan, Shah Rukh will next be seen in Rahul Dholakia's Raees releasing in January next year.