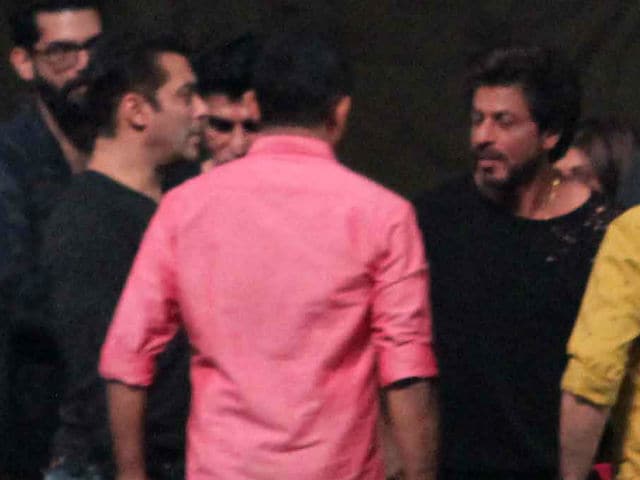 Something truly spectacular is in store for Shah Rukh Khan and Salman Khan's fan, as the karan Arjun co-stars were spotted at a rehearsal session of an award show in Mumbai on December 3. Both Salman and Shah Rukh were dressed in denims and black tee chatting while surrounded by their entourage. Shah Rukh and Salman revived their friendship in 2014 at the latter's sister Arpita's wedding after a fallout in 2009 at Katrina Kaif's birthday party. Ever since they've been pictured together on surprise bike ride sessions, at each other's house, and have been mutually promoting films on social media. 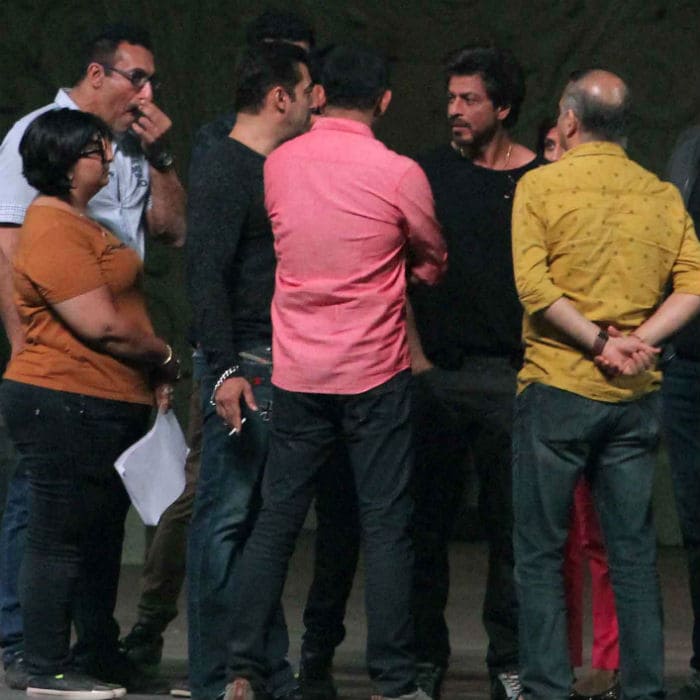 Salman Khan and SRK in Mumbai

We also spotted Salman Khan practicing some dance moves along with the choreographers and support dancers. Salman, 51, looked at ease with himself as he tried one move after another. The actor was last seen in this year's Eid release Sultan. Shah Rukh, whose Dear Zindagi releases in November, was not spotted on the dance floor. 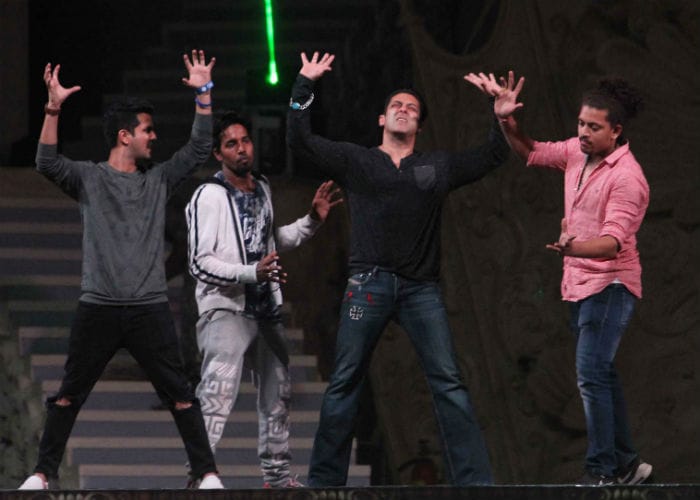 Salman Khan's upcoming films are Tubelight with Kabir Khan and Tiger Zinda Hai with Ali Abbas Zafar. The latter is the sequel to his 2014 hit film Ek ThaTiger co-starring Katrina Kaif. Meanwhile, Shah Rukh Khan will be next seen in January 2017's Raees, directed by Rahul Dholakia and co-starring Mahira Khan and Nawazuddin Siddiqui. He also has a film with Aanand L Rai and Imtiaz Ali (which is releasing on April 11, next year) up his sleeve. 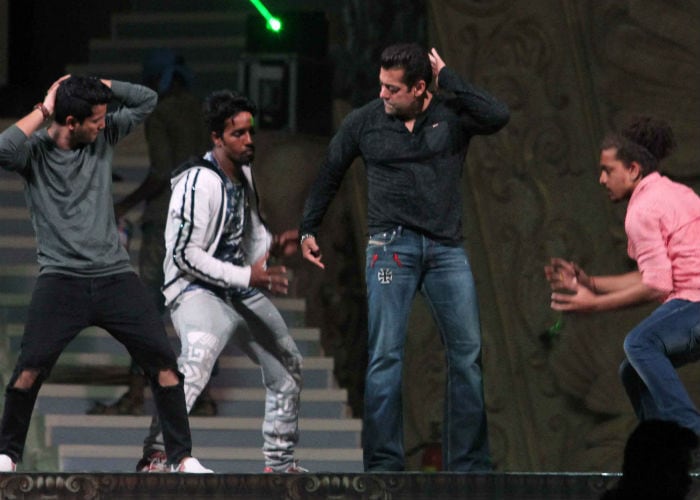 Salman Khan rehearses for an award show in Mumbai

At the same venue, actor Tiger Shroff and his rumoured girlfriend, actress Disha Patani were also spotted at the rehearsals and both were dressed in black lowers and red tee combo. Tiger and Disha co-starred in a music video titled Befikra this year. The song was composed by composed by Meet Bros. Tiger Shroff and Disha Patani catch up during rehearsals in Mumbai

The Baaghi was up and about his usual dance moves. The actor, a self-confessed fan of King of Pop Michael Jackson, is known for his MJ moves and strong hold on various forms of Martial Arts. He often combines the two to bring out his Heropanti like this:


Back on the first stage i ever performed on #orratheroff#rehearsal#tompic.twitter.com/8VpROPWqBW

Tiger Shroff's upcoming film is Munna Michael co-starring Nawazuddin Siddiqui and Niddhi Agarwal. This is his third collaboration with director Sabbir Khan after Heropanti and Baaghi.
Disha Patani, who was last seen in MS Dhoni: The Untold Story as Dhoni's (played by Sushant Singh Rajput) first girlfriend Priyanka, looked studious as she practiced one step at a time. She was in sync with her supporting dancers and looked determined. She'll be next seen in Kung Fu Yoga with China's star Jackie Chan and Bollywood actor Sonu Sood. 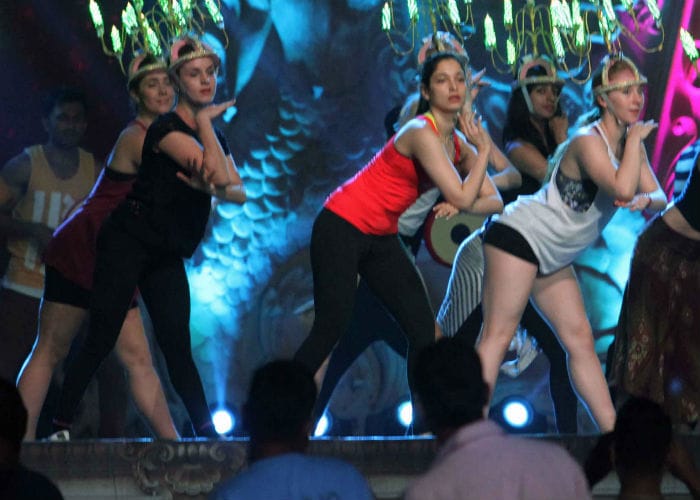 Disha Patani during the rehearsals in Mumbai